Robot transitions from soft to rigid

Even octopuses understand the importance of elbows. When these squishy, loose-limbed cephalopods need to make a precise movement — such as guiding food into their mouth — the muscles in their tentacles contract to create a temporary revolute joint. These joints limit the wobbliness of the arm, enabling more controlled movements.

Now, researchers from the Harvard John A. Paulson School of Engineering and Applied Sciences (SEAS) and the Wyss Institute for Biologically Inspired Engineering have shown how a multi-layered structure can allow robots to mimic the octopus’s kinematics, creating and eliminating joints on command. The structure can also allow robots to rapidly change their stiffness, damping, and dynamics.

The research was published in two papers in Advanced Functional Materials and IEEE Robotics and Automation Letters.

“This research helps bridge the gap between soft robotics and traditional rigid robotics,” said Yashraj Narang, first author of both studies and graduate student at SEAS. “We believe that this class of technology may foster a new generation of machines and structures that cannot simply be classified as soft or rigid.”

The structure consists of multiple layers of flexible material wrapped in a plastic envelope and connected to a vacuum source. (Image courtesy of Yashraj Narang/Harvard SEAS)

The structure is surprisingly simple, consisting of multiple layers of flexible material wrapped in a plastic envelope and connected to a vacuum source. Without vacuum, the structure behaves exactly as you would expect, bending, twisting and flopping without holding shape. But when a vacuum is applied, it becomes stiff and can hold arbitrary shapes, and it can be molded into additional forms.

This transition is the result of a phenomenon called laminar jamming, in which the application of pressure creates friction that strongly couples a group of flexible materials.

“The frictional forces generated by the pressure act like glue,” said Narang. “We can control the stiffness, damping, kinematics, and dynamics of the structure by changing the number of layers, tuning the pressure applied to it, and adjusting the spacing between multiple stacks of layers.”

The researchers also demonstrated the structure’s capabilities as shock absorbers by attaching them to a drone as landing gear. The team tuned the stiffness and damping of the structures to absorb the impact of landing.

The structure is a proof-of-concept that could have many applications in the future, from surgical robots to wearable devices and flexible speakers.

“Our work has explained the phenomenon of laminar jamming and shown how it can provide robots with highly versatile mechanical behavior,” said Howe, senior author of the paper. “We believe that this technology will eventually lead to robots that can change state between soft, continuous devices that can safely interact with humans, and rigid, discrete devices that can meet the demands of industrial automation.”

This research was supported in part by the National Science Foundation. 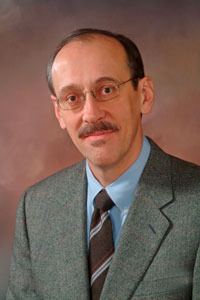