Robotic design and production as easy as 1-2-3

April 3, 2012 - An ambitious new project to reinvent how robots are designed and produced is being funded by a $10-million grant from the National Science Foundation (NSF).

A team of researchers from MIT, Harvard, and the University of Pennsylvania aims to develop a desktop technology that would make it possible for the average person to design, customize, and print a specialized robot in a matter of hours.

The 5-year project, called “An Expedition in Computing for Compiling Printable Programmable Machines,” is funded as part of the NSF’s “Expeditions in Computing” program.

“This research envisions a whole new way of thinking about the design and manufacturing of robots, and could have a profound impact on society,” said Daniela Rus, leader of the project and a principal investigator at the MIT Computer Science and Artificial Intelligence Lab (CSAIL). “We believe that it has the potential to transform manufacturing and to democratize access to robots.”

Robert Wood, Associate Professor of Electrical Engineering at the Harvard School of Engineering and Applied Sciences (SEAS) will serve as a co-investigator for the project.

"This project aims to dramatically reduce the development time for a variety of useful robots, opening the doors to potential applications in manufacturing, education, personalized healthcare, and even disaster relief,” said Wood.

Through an earlier collaboration with Rus and other MIT colleagues, Wood demonstrated self-folding origami robots that became a YouTube sensation.

His lab also developed an ingenious production method inspired by elegant pop-up books that will soon allow clones of robotic insects to be mass-produced by the sheet.

Wood, who also serves as a core faculty member at the Wyss Institute for Biologically Inspired Engineering at Harvard, is currently the lead for another Expeditions in Computing grant that supports the design of sophisticated Micro Air Vehicles (MAVs) inspired by flying insect swarms.

“Our goal is to develop technology that enables anyone to manufacture their own customized robot. This is truly a game changer,” said Vijay Kumar, who is leading the team from the University of Pennsylvania. “It could allow for the rapid design and manufacture of customized goods, and change the way we teach science and technology in high schools.”

It currently takes years to produce, program, and design a functioning robot, and it is an extremely expensive process, involving hardware and software design, machine learning and vision, and advanced programming techniques. The new project would automate the process of producing functional 3D devices and allow individuals to design and build functional robots from materials as easily accessible as a sheet of paper.

“Our vision is to develop an end-to-end process; specifically, a compiler for building physical machines that starts with a high level of specification of function, and delivers a programmable machine for that function using simple printing processes,” said Rus.

Researchers hope to create a platform that would allow an individual to identify a household problem that needs assistance; then head to a local printing store to select a blueprint from a library of robotic designs; and then customize an easy-to-use robotic device that could solve the problem. Within 24 hours, the robot would be printed, assembled, fully programmed, and ready for action.

By altering the way in which machines can be produced, designed and built, the project could have far-reaching implications for a variety of fields.

Currently, project researchers are focusing their research in several areas: developing an application programming interface for simple function specification and design, writing algorithms that would allow for control of the assembly of a device and its operations, creating an easy-to-use programming language environment, and designing new, programmable materials that would allow for automatic fabrication of robots.

Thus far, the research team has prototyped two machines for designing, printing, and programming, including an insect-like robot that could be used for exploring a contaminated area and a gripper that could be used by people with limited mobility.

“It’s really exciting to think about the kind of impact this work could have on the general population—beyond just a few select people who work in robotics,” said Associate Professor Wojciech Matusik, also a principal investigator at CSAIL.

Based on an earlier release by MIT. 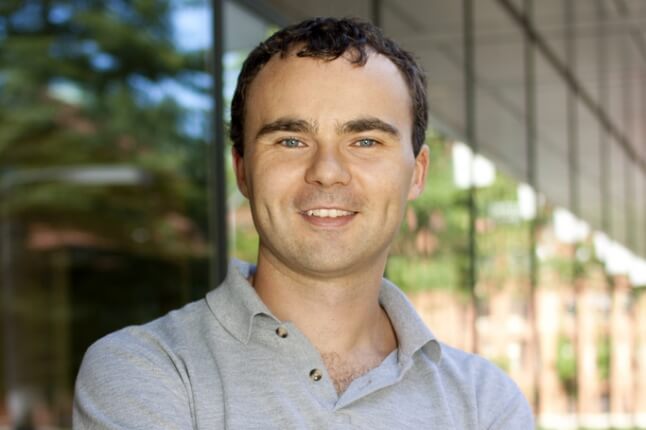