In the quest to understand how the brain turns sensory input into behavior, Harvard scientists have crossed a major threshold. Using precisely targeted lasers, researchers have been able to take over a tiny animal’s brain, instruct it to turn in any direction they wish, and even implant false sensory information, fooling the animal into thinking food was nearby.

The work, Ramanathan said, is important because, by taking control of complex behaviors in a relatively simple animal — C. elegans have just 302 neurons ­— researchers can understand how its nervous system functions.

“If we can understand simple nervous systems to the point ofcompletely controlling them, then it may be a possibility that we cangain a comprehensive understanding of more complex systems,” Ramanathan said. “This gives us a framework to think about neural circuits, how to manipulate them, which circuit to manipulate, and what activity patterns to produce in them.”

“Extremely important work in the literature has focused on ablating neurons, or studying mutants that affect neuronal function, and mapping out the connectivity of the entire nervous system,” he added. “Most of these approaches have discovered neurons necessary for specific behaviorby destroying them. The question we were trying to answer was: Instead of breaking the system to understand it, can we essentially hijack the key neurons that are sufficient to control behavior and use these neurons to force the animal to do what we want?”

Before Ramanathan and his team could begin to answer that question, however, they needed to overcome a number of technical challenges. 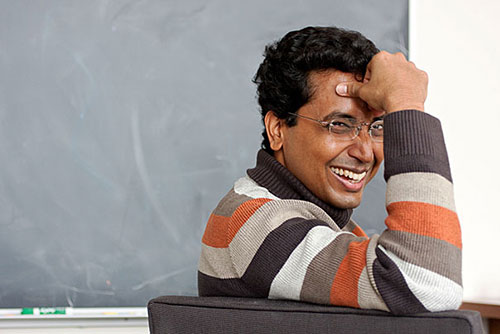 Sharad Ramanathan: “This gives us a framework to think about neural circuits, how to manipulate them, which circuit to manipulate, and what activity patterns to produce in them.” (Photo by Rose Lincoln/Harvard News Office.)

Using genetic tools, researchers engineered worms whose neurons gave off fluorescent light, allowing them to be tracked during experiments. Researchers also altered genes in the worms that made neurons sensitive to light, meaning they could be activated with pulses of laser light.

The largest challenges, though, came in developing the hardware necessary to track the worms and target the correct neuron in a fraction of a second.

“The goal is to activate only one neuron,” Ramanathan explained. “That’s challenging because the animal is moving, and the neurons are densely packed near its head, so the challenge is to acquire an image of the animal, process that image, identify the neuron, track the animal, position your laser, and shoot the particular neuron — and do it all in 20 milliseconds, or about 50 times a second. The engineering challenges involved seemed insurmountable when we started. Askin Kocabas found ways to overcome these challenges.”

The system that researchers eventually developed uses a movable table to keep the crawling worm centered beneath a camera and laser. The researchers also custom-built computer hardware and software, Ramanathan said, to ensure that the system works at the split-second speeds needed.

The result, he said, was a system capable of controlling not only the worms’ behavior, but their senses as well. In one test described in the paper, researchers were able to use the system to trick a worm’s brain into believing food was nearby, causing it to make a beeline toward the imaginary meal.

Read the entire article (with video) in the Harvard Gazette 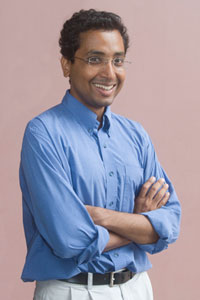