What if we could ease the design of musical instruments while also making their shapes wildly different, and use these underlying techniques to reduce unwanted sounds and vibrations in everyday objects?

In creating what looks to be a simple musical instrument — a glockenspiel with keys shaped like zoo animals — computer scientists at the Harvard John A. Paulson School of Engineering and Applied Science (SEAS), Columbia Engineering, Disney Research, and MIT have demonstrated that they can control the sound of an object by altering its shape through computational design.

The team created an computational optimization algorithm and used digital fabrication to control acoustic properties — both sound and vibration — by altering the shape of 2D and 3D-printed objects. Their work — “Computational Design of Metallophone Contact Sounds” — will be presented at SIGGRAPH Asia on November 4 in Kobe, Japan.

“Our optimization algorithm enabled us to have precise control over the sound of an object by tuning the shape of the object computationally,” said Gaurav Bharaj, first author and graduate student at SEAS. “Through our method, we have gained control over the spectrum of frequencies and their amplitudes.”

“Our discovery could lead to a wealth of possibilities that go well beyond musical instruments,” says Changxi Zheng, assistant professor of computer science at Columbia Engineering, who led the research team. “Our algorithm could lead to ways to build less noisy computer fans, to erect bridges that don’t amplify vibrations under stress, and to advance the construction of micro-electro-mechanical resonators whose vibration modes are of great importance.”

Of course, the relationship between sound and shape is nothing new — it’s as old as music itself. For a millennia, humans have designed and built new musical instruments through the painstakingly slow process of trial and error. In doing so, humans learned physics models for how sound is produced when objects vibrate.

“We understand the physics of bars, which makes glockenspiel keys easier to make,” said James Tompkin, co-author and postdoctoral fellow at SEAS. “However, even these require expert tuning after fabrication to correct for the mismatches in desired sounds, and we’re still restricted to bars. With computational design, we can expand this space of available shapes to create new musical instruments, while also making available to novices what used to be the domain of experts.”

The team decided to focus on simplifying the process of designing idiophones: musical instruments that produce sounds through whole object vibrations caused by striking with a mallet, rather than through strings or membranes. Because the vibration and resulting sounds depend on the idiophone’s shape in a complex way, designing the shapes to obtain desired sound characteristics is not straightforward, and their forms have been limited to well-understood designs such as bars which are tuned by careful drilling of dimples on the underside of the instrument. The team’s work opens up this space of shapes.

To demonstrate their new technique, the team built a “zoolophone,” a metallophone with playful animal shapes (a metallophone is an idiophone made of tuned metal bars that can be struck to make sound, such as a glockenspiel). Their algorithm optimized and fabricated the instrument’s keys in the shape of lions, turtles, elephants, giraffes, and more, modelling the geometry to achieve the desired pitch and amplitude of each part.

“Our zoolophone’s keys are automatically tuned to play notes on a scale with overtones and frequency very close to those produced by a professional glockenspiel,” says Zheng. “By automatically optimizing the shape of 2D and 3D objects through deformation and perforation, even novices could design metallophones with unique sound and appearance.”

Though a fun toy, the zoolophone represents fundamental research into understanding the complex relationships between an object’s geometry, its material properties, and the vibrations and sounds it produces when struck. While previous algorithms attempted to optimize either amplitude (loudness) or frequency, the new research optimizes both simultaneously to fully control the acoustic properties. Creating pleasing musical sounds required more work to add in overtones: secondary frequencies higher than the main one that contribute to the ‘timbre’ or quality of the notes played. This new technique can provide enough control over the overtones to even create chords from individual glockenspiel keys, which, when struck, play three notes, like C, E, and G, instead of one.

Finding the optimal shape that produces the desired sound when struck proved to be the most difficult computational task given the immense range of possibilities in both amplitude and frequency. The team developed a new fast stochastic optimization method which they called Latin Complement Sampling (LCS). They input user-specified shape, along with the target frequency and amplitude spectra (for instance, users can specify which shapes produce which note) and, from that information, optimized the shape of the objects through deformation and perforation to produce the desired sounds.

“Acoustic design of objects today remains slow and expensive,” Zheng notes. “We would like to explore computational design algorithms to improve the process for better controlling an object’s acoustic properties, whether to achieve desired sound spectra or to reduce undesired noise. This project underscores our first step in this exciting direction to help us design objects in a new way.”

This paper was co-authored by Hanspeter Pfister, the An Wang Professor of Computer Science and Director of the Institute for Applied Computational Science, along with David I.W. Levin, Yun Fei, and Wojciech Matusik.

The work was supported in part by the National Science Foundation (NSF) and Intel, at Harvard and MIT by NSF, Air Force Research Laboratory, and DARPA. 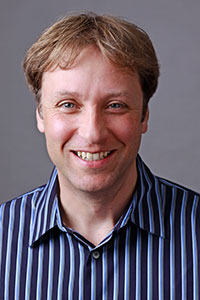