In November, when the social enterprise she co-founded, SPOUTS of Water, moves into a brand new water filter production facility near the Ugandan capital, it will be the culmination of sweat equity poured into the firm by Ku and co-founder John Kye. This dramatic growth has been fueled by their ingenuity and refusal to take ‘no’ for an answer.

When Ku and Kye conceived SPOUTS of Water in 2011 (SPOUTS stands for Sustainable Point-of-Use Treatment and Storage), the initiative took off quickly. They won $15,000 in the Harvard University President’s Innovation Challenge for their concept—a low-cost, clay water filter to help impoverished Ugandan families. 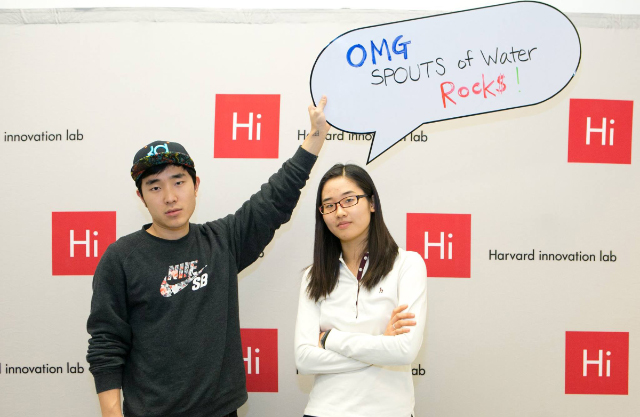 Award money in hand, they pitched the idea to businesses in search of a company to manufacture and distribute the product in Uganda. But they were rebuffed at every turn. Prospective firms cited the difficulties of doing business in the central African nation—due to a lack of infrastructure, a low amount of skilled labor, and regulatory hurdles. The United Nations ranks Uganda 163rd out of 188 on its list of developed countries.

Undeterred, Ku, who had lived in Uganda while volunteering at a health clinic in 2010, decided they should build the manufacturing plant themselves.

“When I visited Uganda, and I saw all these imported products, it just reinforced for me the importance of manufacturing our product within the country,” she said. “We would have more control over the process, and even if we didn’t sell a lot of water filters, at least we would be creating them using local materials and adding value to the economy.” 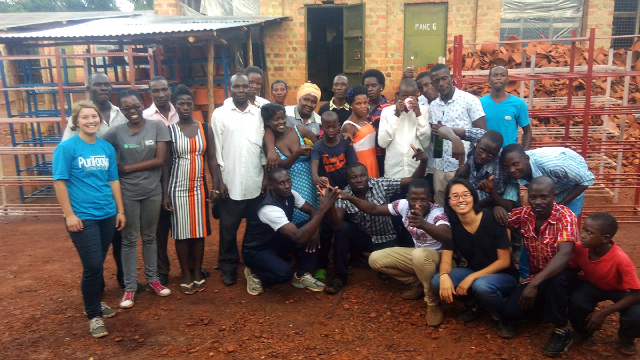 Working in space leased from a Ugandan university, Ku (who was still an undergraduate student), Kye, and several Harvard peers set up a makeshift production facility and started making filters manually using a hodgepodge of equipment (an old car jack took the place of a hydraulic cylinder, for example.) Ku took a year off from Harvard during 2012 to get the operation up and running.

By the time she graduated with a master’s degree in engineering sciences from the John A. Paulson School of Engineering and Applied Sciences in 2014 and returned to Uganda, SPOUTS had outgrown its space. They relocated to a former chicken farm near the capital, Kampala. Retrofitting that farm was an enormous undertaking—Ku still gets goose bumps when she recalls the millions of fleas that swarmed the group during their first visit to the dilapidated site.

By early 2015, market demand was firmly established and a distribution network was in place. They hired 20 manufacturing employees and 10 salespeople and started producing filters on a much larger scale. Since February of that year, the organization has distributed 7,000 filters. 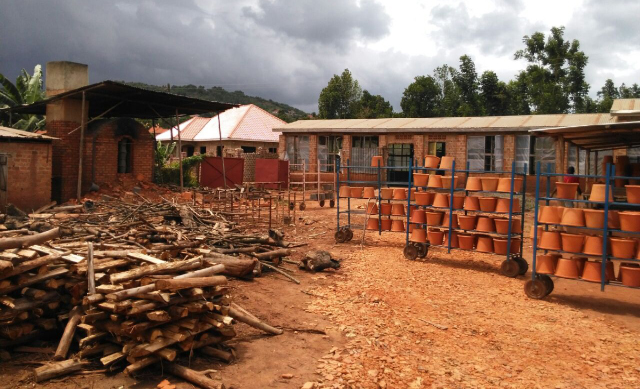 The filters are produced entirely with local components, starting with clay from a nearby clay bed. They acquire sawdust from a local carpenter, grind the two ingredients into powder and utilize a hydraulic press (which has replaced the old car jack) to stamp out pot-shaped filters. Water drips through tiny pores in the ceramic structure, preventing bacteria from entering, while silver nitrate, used as a biocide, keeps drinking water pure. The devices, which sell for about $20, can filter two to three liters per hour and provide a family with clean drinking water for two years. Using local raw materials and labor enables SPOUTS to sell filters for one-third the price of imported devices.

SPOUTS also partners with micro-lending firms that help families borrow money if they can’t afford a filter, and distributes filters to public locations, like schools, prisons, and refugee camps, through collaborations with non-governmental organizations like Save the Children and Oxfam.

Providing reliable filtration systems is critical in a country where 60 percent of the population must boil drinking water. Ku and Kye, who spent several months living in their retrofitted production facility with no access to clean drinking water, know how easy it is to take tap water for granted.

“Less than 10 percent of the population in Uganda has tap water in their homes, but even tap water is often not safe to drink,” Ku said. “Whatever source you are using, you are never really sure of the quality of the water.” 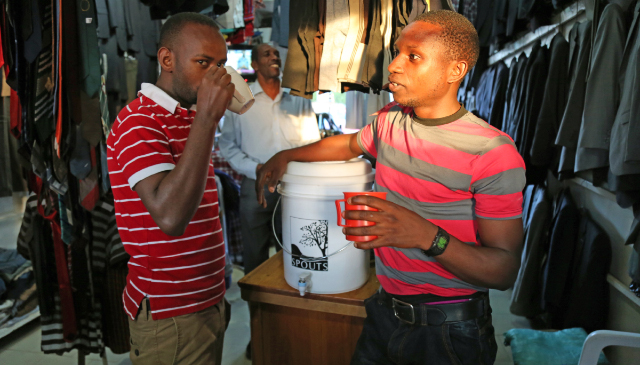 SPOUTS will be able to help even more Ugandans once the new facility opens and monthly production capacity doubles to 2,000 filters, with the potential to produce more than 10,000 filters each month. Ku is drawing up plans for the manufacturing plant, which will sit on four acres and, with new machinery and a larger workforce, will likely be the organization’s permanent home.

Looking back to the firm’s humble, rough-and-ready beginnings, Ku never imagined SPOUTS could have achieved so much, so quickly.

“Being able to see people—to see families living in poor slums—using our filters and drinking clean water has been so rewarding,” she said. “But seeing this organization grow, I’ve become even more adamant that development cannot happen in a vacuum. It is not just about providing aid to the end user. To really be successful, you have to touch so many more parts.”

Watch a video detailing the SPOUTS of Water production process: 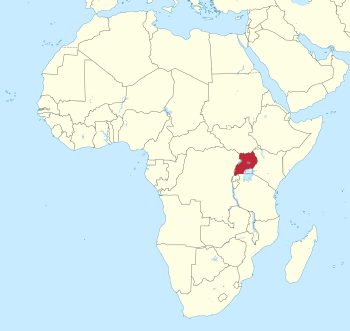 Uganda is a central African nation that is home to nearly 40 million people.