Barbara Grosz, Higgins Professor of Natural Sciences at the Harvard John A. Paulson School of Engineering and Applied Sciences (SEAS), has received the Lifetime Achievement Award of the Association for Computational Linguistics (ACL).

The award recognizes the work of a researcher who has made sustained and impactful contributions to the field of Computational Linguistics/Natural Language Processing (CL/NLP).

“Barbara has had a tremendous influence on the way the field of natural language processing thinks about and studies discourse,” said Julia Hirschberg, the Percy K. and Vida L. W. Hudson Professor and Department Chair of Computer Science at Columbia University. “The paper she and Candy Sidner wrote on ‘Attention, Intentions, and the Structure of Discourse’ was ground-breaking and is still influencing the way people think about discourse today. Over a period of decades, Barbara has had a major impact both in research and in leadership and has been a leader and major spokesperson for artificial intelligence in general.”

Grosz has spent her career working to make human-computer interactions as fluent as human-to-human interaction. Her recent research has focused on fundamental problems in modeling collaborative activity, developing systems ("agents") able to collaborate with each other and their users, and constructing collaborative, multi-modal systems for human-computer communication.  Her current research projects focus on using results of prior work to improve health care coordination and enhance K-12 science education.

Over her decades-long career, Grosz has explored the foundations of dialogue and the fundamental characteristics of teamwork, and she has revolutionized the field of artificial intelligence more than once. Her work has far reaches into the fields of linguistics and the philosophy of language.

She has received the ACM/AAAI Allen Newell Award and the Research Excellence Award of the International Joint Conference on Artificial Intelligence, among many others.

From 2007-2011, Professor Grosz served as interim dean and then dean of Harvard’s Radcliffe Institute for Advanced Study, and from 2001-2007 she was the Institute’s first dean of science, designing and building its science program.  She chaired the 2005 Harvard University Task Force on Women in Science and Engineering. 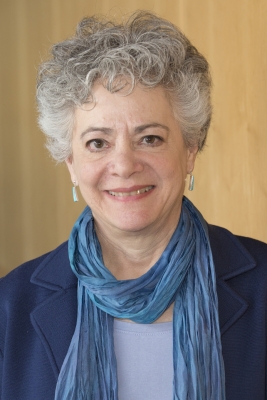