Before she arrived on campus this fall, Harvard freshman Maya Burhanpurkar already had a notch in her belt typically reserved for Ph.D. candidates. First author of a paper on a low-cost, self-driving technology for power wheelchairs, Burhanpurkar presented the research at the 2017 IEEE International Conference on Rehabilitative Robotics.

Sharing her work with hundreds of scientists from around the world was exhilarating, Burhanpurkar said, and another milestone in a research career that began at age 7.

Maya Burhanpurkar discusses the low-cost, self-driving technology for power wheelchairs she and a University of Toronto team developed. (Image courtesy of Reuters.)

The intrepid elementary school student, who grew up in a rural town 100 miles north of Toronto, set out to determine if herbs could kill pathogenic bacteria. She commandeered a piece of raw chicken meant for that night’s dinner, left it on the deck for a few days, and then swabbed it onto Petri dishes. In her basement microbiology laboratory, she piled herbs onto the Petri dishes and put them into a homemade incubator she built with a cooler and electric blanket.

At Canada’s National Science Fair, Burhanpurkar showcased her incredible results—no bacterial growth meant the herbs must have killed the bacteria. A Science Fair judge quickly, but kindly, pointed out that the bacteria actually died due to suffocation.

That experience only fueled Burhanpurkar’s desire to conduct more research. She began contacting professors and, while in ninth grade, joined a University of Toronto lab to build an apparatus that can physically detect the time integral of distance. The project earned her a second Grand Platinum award at the National Science Fair.

Through middle and high school, she built a quantum key distribution system for cryptography at the Institute for Quantum Computing, tracked near-earth asteroids for the Harvard-Smithsonian Center for Astrophysics, and embarked on an expedition to study the impact of climate change on the Canadian and Greenlandic Arctic. The latter project led her to write and produce an award-winning climate change documentary titled “400 PPM.” 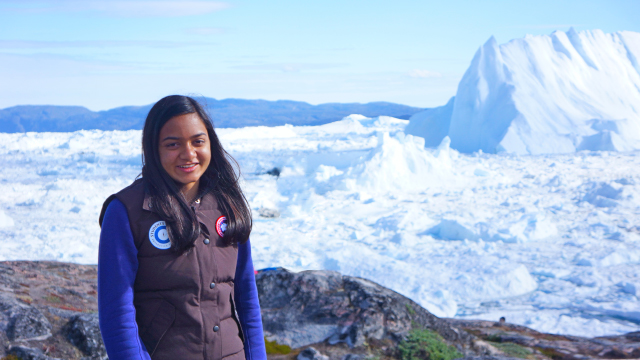 Burhanpurkar at Jakobshavn fjord on the west coast of Greenland. (Photo provided by Maya Burhanpurkar.)

“Research really drew me in because of the opportunity to answer unanswered questions,” she said. “It is so fascinating that you can make fundamental discoveries about the universe around us.”

Not even an early acceptance by Harvard could disrupt her focus on research; Burhanpurkar deferred admission to work on the self-driving wheel chair technology during a gap year. Her University of Toronto team sought to develop a hardware and software package that would make it easier for people with severe physical disabilities to use power wheelchairs.

“People with hand tremors or more severe Parkinson’s Disease or ALS really struggle with a joy stick or an alternate input device, like a sip and puff switch,” she said. “These people often have degraded mobility and a degraded quality of life.”

Burhanpurkar developed a core part of the software for the semi-autonomous system that is capable of localization, mapping, and obstacle avoidance. The software utilizes off-the-shelf computer vision and odometry sensors rather than expensive 3D laser scanners and high-performance hardware, so it is more cost-effective than other devices, Burhanpurkar said.

Despite her lack of coding experience, she wrote a specialized path-planning algorithm that enables autonomous doorway detection and traversal simply by placing the wheelchair in front of a door. She also helped develop software for autonomously traveling down long corridors, and docking at a desk, typically very difficult tasks for users with upper body mobility impairments.

“The challenge was what I enjoyed the most. I got thrown off the deep end in this project and I had to swim my way up, which was really fun,” she said. “It was intellectually interesting, but it was also emotionally interesting. Working on something that can directly impact people’s lives in the near future, not decades away, is really exciting.”

But that was only half of Burhanpurkar’s gap year. She spent the other half as the youngest paid researcher at the Perimeter Institute for Theoretical Physics (where Stephen Hawking keeps an office), writing super-fast algorithms for a novel telescope in British Columbia. The telescope will continually map the entire northern hemisphere in an effort to learn more about cosmic fast radio bursts. 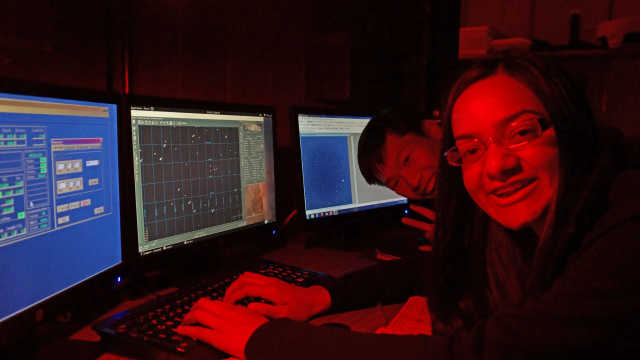 Each day, the planet is bombarded by high-energy millisecond duration bursts of radio waves, each having the energy of 500 million of our suns, but scientists remain puzzled about their origins. This new telescope will enable researchers to gather data on thousands of these bursts, opening the door for more detailed analysis.

Terabytes of astronomical data will be generated each second, so the super-fast algorithms Burhanpurkar and the team wrote are necessary to efficiently process the mass of information.

“I know that right now my code is running on a new 128-node supercomputer in British Columbia, and it is going to help detect one of the most enigmatic phenomena of the universe,” she said. “That’s pretty cool.”

Now at Harvard, Burhanpurkar is not planning to slow down. She is interested in continuing her robotics research and working with the i-Lab to bring the cost-effective self-driving wheelchair technology to consumers.

While she hasn’t decided on a concentration, she is considering computer science and physics (or both), and looks forward to pursuing her passion for research down new avenues.

“Taking a gap year was great for perspective,” she said. “Before, I wasn’t sure what I wanted to do. I hadn’t really done long-term research projects, but now, I have actual experience and I know what the end goal is. I can use that to motivate me.” 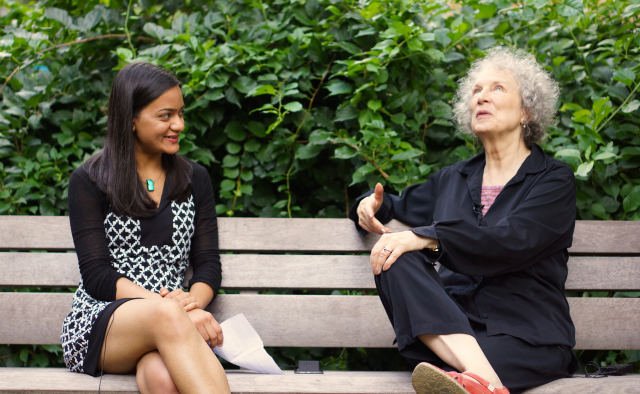