Engineering Ph.D. candidate searches for rhyme and reason in poetry and science

When George Abraham thinks about the precise mathematical formulas involved in a complicated algorithm, he can’t help but imagine the lyrical, lilting cadence of a poem.

Abraham, who is both a first-year engineering Ph.D. candidate at the Harvard John A. Paulson School of Engineering and Applied Sciences (SEAS) and an accomplished poet, finds that the two very different worlds he inhabits often intersect.

“Both poetry and science, at their essence, try to give a language to that which we don’t understand,” he said. “They do it in different ways, but that core process of looking at something, observing the world or observing a phenomenon, and assigning meaning to it is the process I am interested in.”

Abraham’s interest in math and science began during his childhood in Jacksonville, Fla. As an undergraduate at Swarthmore College, he studied engineering, with a specific interest in control theory, because he felt it offered a balance between mathematical rigor and applicability. Fascinated by the mysteries of the human body, he focused on biomedical engineering,

“On a theoretical level, when we are talking about biological systems, the human body is so mathematically complex that we don’t know what is going on,” he said. “We have to invent new math to describe it and talk about what we are analyzing.”

The opportunity to delve into uncharted research territory drew Abraham to join the Neuromotor Control Lab of Maurice Smith, Gordon McKay Professor of Bioengineering. Abraham’s project aims to provide insights into how predictions could affect the brain’s process for learning motor tasks. For instance, if a person’s environment displays a prediction of where he or she will be positioned in a few milliseconds, based on the individual’s movement and current state, how does that impact the brain’s ability to learn new motor skills?

His role is to crunch numbers and tease out complex equations to build an algorithm that can predict a moving individual’s position after a certain number of milliseconds.

The biggest challenges result from the variety of approaches used to generate extremely long codes, Abraham said. With hundreds of lines of code, one small mistake can lead to many hours of frustration. But the opportunity to contribute to a budding research field, and perhaps someday help people suffering from neurodegenerative diseases, inspires Abraham to keep pushing forward.

“This project will give us data that will open a lot of questions for us and lead us to ask different things about these structures of the brain, which will lead us to new experiments and maybe chase us down a new rabbit hole,” he said. “That uncertainty fascinates me.”

Abraham’s burning desire to plumb the unknown is also what launched him down a path to become a poet. 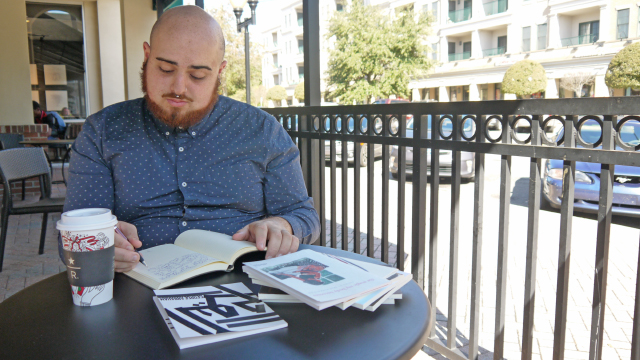 While he found himself intrigued by math and science in high school, Abraham dreamed of becoming a screenwriter, so he took a creative writing course to hone his skills for Hollywood. The course began with a unit on poetry, which Abraham initially despised. But as he wrote poems, he began to feel enthralled by the power and beauty of the words on the page, and was soon writing poetry every chance he got.

At Swarthmore, he joined OASIS, the student spoken word society, and began regularly performing his work, culminating in an eye-opening trip to the National Collegiate Poetry Competition. He continued reading and competing in the Individual World Poetry Slam, National Poetry Slam, and College Union Poetry Slam Invitational, where he placed second internationally in 2016 and won the honor of "Best Poet" in 2017.

His poems often draw upon family stories and trauma he experienced during his youth. As Palestinian Americans, Abraham’s family often faced bigotry and harassment as part of daily life, he said. His parents chose not to teach him Arabic for fear he would be ridiculed; Abraham still strives for deeper connections with his culture and heritage because he doesn’t understand the language.

Those struggles often spill out into his poems.

“Everything is fair game for me when I write poems. Poetry is less about the subject and more about the perception of the subject,” he said. “Being a member of the Palestinian diaspora is so embedded in my reality that all of my perceptions will be influenced by that.”

Last year, Abraham published his first collection of poems, “Al Youm,” a work six years in the making that won the Atlas Review’s annual chapbook contest. His next book, “The Specimen’s Anthology,” will be published by Sibling Rivalry Press in 2019.

He enjoys writing for publication because it gives audiences a chance to examine more deeply into the underlying meaning of his poems, rather than having only one chance to make an impression as a spoken word poet. His experiences reading on stage help him infuse raw emotion and a strong voice into his published works. 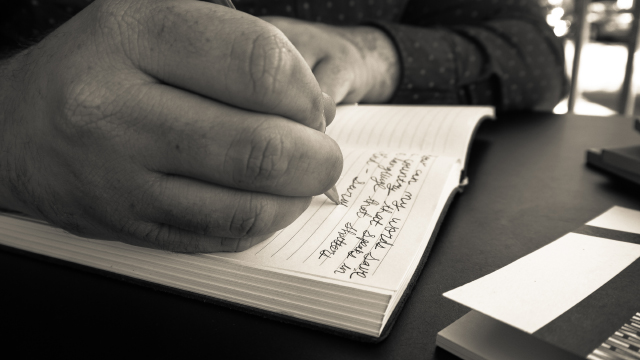 The biggest challenge Abraham faces now is finding time to write. As a first-year Ph.D. student, his schedule is packed with classes and hours spent working on research.

“In a way, the busyness of grad school has been really good for my poetry,” he said. “Now I have to sacrifice time to write. A poem doesn’t happen for me nowadays unless every fiber of my being needs to write this poem.”

He hopes to maintain that balance of art and science in the future. Abraham developed an interest in teaching while offering a series of poetry workshops at Swarthmore. He aspires to become an engineering professor and hopes to continue teaching poetry workshops, as well, helping to train future generations of poets and engineers.

As long as there are unknowns to be explored, the world will need both scientists and poets, Abraham said.

“I don’t know what my prediction algorithm is going to give us. It may lead to new research questions,” he said. “In a way, that concept of ‘everything we know could be wrong’ is also what I deal with through my poetry. I attack a poem and get a certain distance with it until I have a breakthrough that sheds new insight. Now I have new questions to ask. That uncertainty keeps me going.”