For the hundreds of thousands of individuals in the U.S. who suffer from paralysis or weakness in an arm or hand, daily tasks like lifting boxes or cooking dinner can be nearly impossible. Sam Kesner is working to help them regain some lost function.

Kesner, Ph.D. ’11, is director of research and advanced development at Myomo, which produces a myoelectric-powered brace that helps a patient move an arm or hand as he or she intends, without implants or electrical stimulation. The robotic brace reads faint nerve signals from the skin’s surface, then activates motors to amplify weak muscle signals, which helps a patient move his or her hand and arm.

“Working with patients is so rewarding,” said Kesner, who earned his Ph.D. in biomedical engineering at the Harvard John A. Paulson School of Engineering and Applied Sciences (SEAS). “Especially with kids, they are so excited to see their arm move for the first time, or regain function that was lost. It is so inspirational. Every time we see a patient we want to do more, we want to give them more ability.” 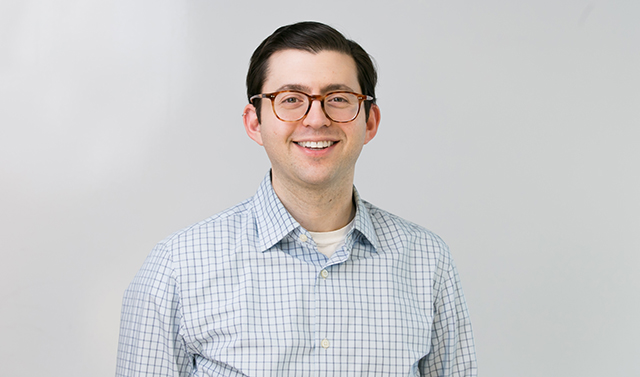 For Kesner, the work is the perfect marriage of his desire to improve the lives of others and his passion for robotics.

Growing up in the Boston suburbs, he felt drawn to science and engineering from a young age.

“I was the kind of kid who, by age 3, had already taken apart everything I could get my hands on,” he said. “I did a lot of experiments without my parents’ permission and caused a fair amount of damage around the house.”

Kesner channeled that curiosity and enthusiasm into a mechanical engineering major at MIT, and then a master’s degree in space robotics. He was fascinated by how intelligent machines could interact with the world.

At MIT, Kesner worked on the power system for a hopping robot designed to explore the caves of Mars. While he had fun working on that project, a medical device design class inspired him to delve deeper into biomedical engineering, which he saw as a field that was more beneficial to humanity. Without knowing much about the program or school, he applied to SEAS and was impressed by the Harvard Biorobotics Lab of Rob Howe, Abbott and James Lawrence Professor of Engineering. 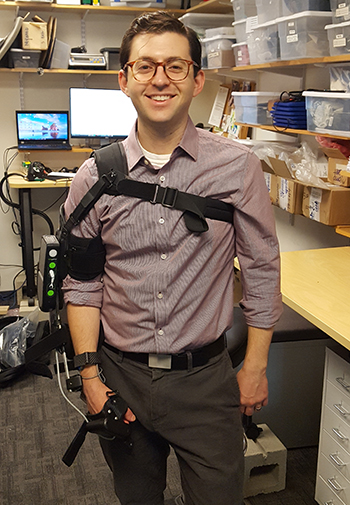 In Howe’s lab, Kesner helped develop a flexible, 3D ultrasound-guided robotic catheter that could enable a surgeon to operate on the fast-moving parts of a patient’s beating heart.

“If you could repair important structures of the heart, like the valves, without having to stop the heart and crack open the chest, it removes some of the most dangerous aspects of heart surgery,” he said.

Ensuring the many different components worked together seamlessly in the operating room was a stressful challenge, Kesner said.

“Synchronizing the robot with the software, with the ultrasound machine, with the surgeon, and with the equipment is kind of like trying to balance 12 plates on your fingertips,” he said. “But it was a real privilege to work with some of the best surgeons in the world. I enjoyed seeing the entire continuity and range of the project, from an idea on a whiteboard to something we were ready to commercialize.”

After earning his Ph.D., Kesner joined the Wyss Institute for Biologically Inspired Engineering as a technical development fellow and then staff engineer, working on medical applications of the pop-up microelectromechanical systems manufacturing technology developed in the lab of Rob Wood, Charles River Professor of Engineering and Applied Sciences.

Kesner brought his expertise to Myomo, quickly rising to the role of director of research and advanced development. Kesner manages the firm’s sponsored research, intellectual property development and strategy, and engineering research collaborations with universities and industry partners, while leading the development of some of Myomo’s newest products. He is currently directing work on the first-ever upper extremity myoelectric exoskeleton for pediatric patients who have impaired use of their arms due to birth traumas, genetic diseases, cerebral palsy, and injuries. 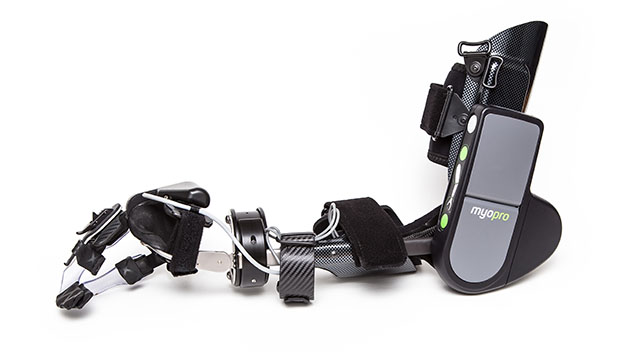 With so many responsibilities—from new research collaborations to novel technologies—the biggest challenge Kesner faces is staying attentive to the critical day-to-day activities.

Exploring how the latest technology could enhance Myomo’s products is an important part of Kesner’s role. For instance, Internet of Things devices allow paralyzed individuals to communicate with the world in ways that haven’t been possible before.

There is mounting excitement in the biomedical field about using this new technology to seamlessly connect clinicians and patients, and Myomo is poised to be an innovator in that space, said Kesner.

“I’ve been fortunate in that I followed my passion and interest, and it has led me to exciting places,” he said. “I’m hopefully improving the world, the quality of life for many people, and driving technology forward in a positive way.” 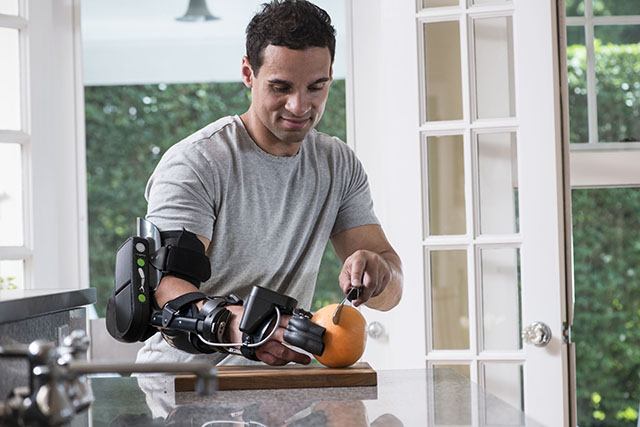