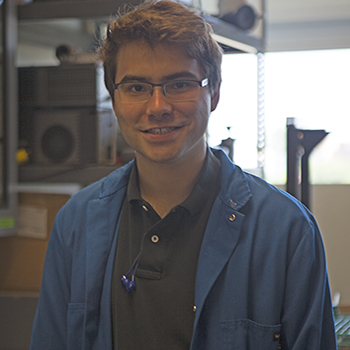 What have you been researching this summer?

I’ve been working on a carbon capture device, which could have applications in reducing the effects of climate change. Climate change has been caused by rising levels of carbon dioxide in the atmosphere, and we can potentially slow the progression of climate change by removing some of this gas from the air. This process is called carbon capture. Afterwards the carbon dioxide can be sequestered, stored in the ground, or recycled, such as being transformed into a product like synthetic fuel.

Alkaline capture is a type of carbon capture that is fairly common and uses strongly basic solutions to effectively capture carbon dioxide. However, this process makes it very difficult to remove the gas from the solution for sequestration or recycling. It requires intense heating, reaching temperatures of up to 900 degrees Celsius. My lab is working to find a more efficient way of removing the carbon dioxide from the solution. We have developed an electrochemical cell that can change the acidity of the solution; increasing acidity allows carbon dioxide to bubble out without the intensive heating normally used. Overall, I am helping my lab develop an energy efficient method to change the pH of the solution using only electricity.

I also developed a miniature direct air contactor (mini DAC), a tiny device that can remove carbon dioxide from the air. The device contains a fan, which brings air into the main area containing packing. The packing increases the surface area of the basic capture solution, which flows over this material. The mini DAC completes the lab scale device being developed by my lab. We can capture carbon dioxide from the air with what I built and we can efficiently remove that gas from solution for storage or reuse using the electrochemical cell. 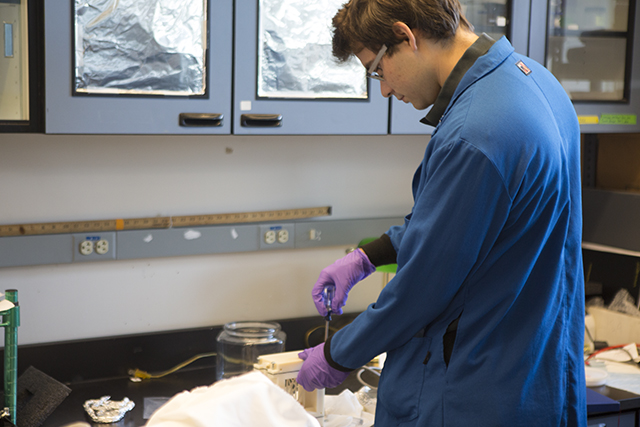 What are some of the applications of this research?

This device is used to show that the electrochemical system could work on a larger scale to improve the efficiency of alkaline carbon capture. We’ve demonstrated that we can use our system with a direct air contactor, a type of device rising in popularity because it can capture carbon dioxide from ambient air. Carbon capture has been done in the past through flue or exhaust gas from power plants. These sources account for about 45 percent of emissions. The emissions from cars and other sources besides power plants can be removed from the air using direct air contactors. This process opens another avenue and shows that our device can capture carbon dioxide from power plants and from ambient air.

Why did you pursue this area of research? Does this relate to your concentration?

As a mechanical engineering concentrator, my focus is currently on designing devices that can help people on a larger scale. I have also worked on medical device projects. In the fall of my sophomore year, I thought of different ways to combat climate change, and that led me to discover carbon capture and sequestration. I began designing my own device, but after speaking to Prof. Michael Aziz, he invited me to join this project.

What are some of the challenges that you have faced with this research?

This project was in collaboration with a company. At first, I didn’t fully understand the science of how this device worked. We didn’t receive much data from the company until very recently, and as a result, I had to scale down the system using an equation I found and from that used dimensional analysis to find the dimensions of my device.

In addition, I also faced the challenge of making the system waterproof and resistant to the strong base used. This obstacle limited the amount of materials I could use when designing the device. I ended up using acrylonitrile butadiene styrene (ABS), which is a type of plastic you can 3D print. But since 3D printers print in layers, this material allowed the absorption of water and solution. To fix this problem, I had to smooth out the surface by melting the device slightly. I then used an acetone bath, where vapor from the acetone melts at the surface just enough to seal the device. After doing this process, I still encountered some problems with leaks, but I used wax as a sealant to make the device more waterproof. 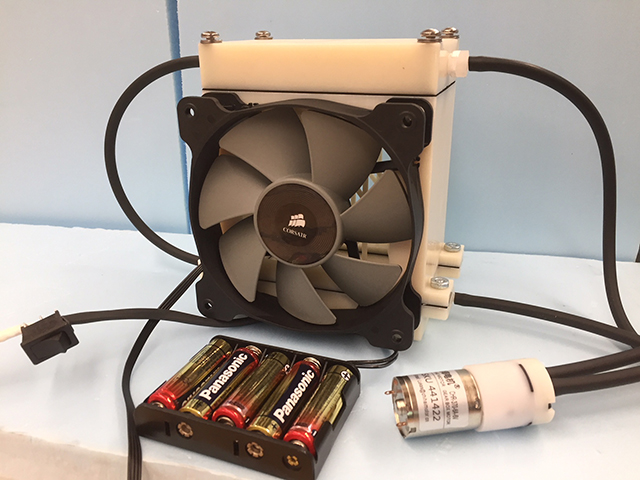 How has conducting this research been rewarding?

My first prototype really didn't work well and I had a short amount of time to redesign another one. To complete the design, I got more experience using SolidWorks (a 3D modeling software used to make 3D prints). I've always wanted to do a design project like this, but I haven’t been able to find many courses that are design focused. This research has been a rewarding experience because I was able to capture twice as much carbon dioxide as I anticipated on one trial of this device.

What are you plans after graduation? Do you plan on pursuing this area of research?

After graduation I plan on pursuing this area of research or a career in medical device design. These two areas are very different, but I'm still deciding which area I want to pursue. I am also considering getting a master’s degree and attending grad school programs, as well. I want to design a project that can help people on a large scale.