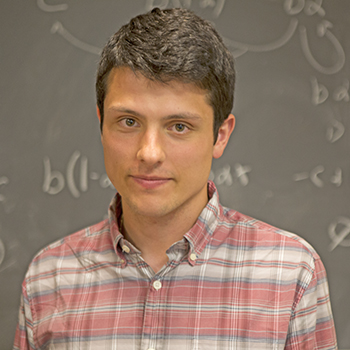 RESEARCH LAB: Martin Nowak, Professor of Mathematics and Biology and Director of the Program for Evolutionary Dynamics

What have you been researching this summer?

This summer, I have been working on a project to understand the development of cancer using a modeling approach. In particular, we are interested in how mutations are ordered in the phylogenetic history of a cancer. It turns out that of all the mutations that occur in cells during cancer, a relatively small subset are actually conferring a real advantage to the cells, driving the cancer's progression. These are called driver mutations. We're interested in trying to figure out a relationship between how advantageous a driver mutation is and when it occurs in a cell's phylogenetic history.

Besides the math that we use to build and check the model, the project requires some understanding of the underlying biology and evolutionary dynamics in the system that accounts for what we're seeing and justify our assumptions.

To study this, I have coded a simulation of a cancer growing. When I run the simulation, given certain parameters, it models the growth of a cancer from one cell. When the cell acquires a new mutation, its birthrate increases and its death rate stays the same, so that cell now has an advantage over others. It is possible that in some cases the cell and its descendants can take over the population. When the population reaches a certain size, the simulation ends, and returns a lot of data about the history of the cells in the simulation. We then gather statistics on this output of the model to try to develop an understanding of the questions motivating the project. For example, we might look at the average time between the first and second mutations.

How does this research apply to your concentration?

I'm an applied math concentrator, focusing on statistics, and both of those things are related to this research. Applied math is a pretty general field, but I think an applied mathematician usually wants to understand a system through equations governing its behavior and a model, rather than being concerned with the underlying mechanics. That's definitely true of the work I'm doing this summer. There's a lot we don't account for, but it is useful. This is a nice area of research for me because I was interested in biology in high school and my early semesters at Harvard, so it's nice to study it from a different perspective. 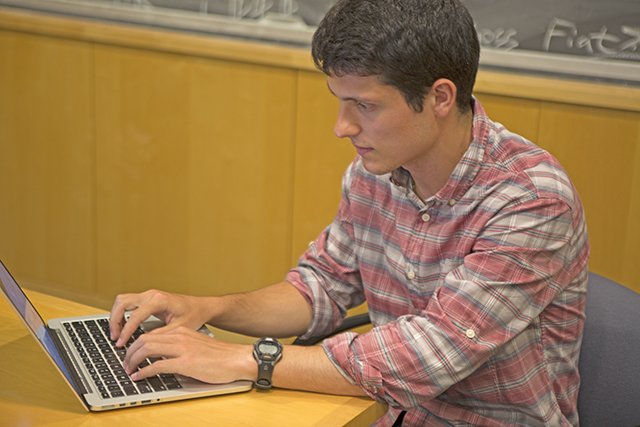 What are some obstacles you've encountered with this research?

I'm not a very good at programing, and I've never really done any serious computer science. This means that I have had to do a lot of work to make the simulation run fast enough to be useful. For example, if the simulation took 10 seconds every time it ran, and if I wanted it to run it 10,000 times, we would have a problem. Without a strong background in computer science, I have had to do a lot of learning as I go, often based off online examples. Thankfully, my mentor at the lab, Jeff Gerold, has been really wonderful about helping me with these issues. We have had a lot of fun working on it, and he's taught me a lot this summer. I am very grateful for him, Prof. Nowak, and the other wonderful people at the Program for Evolutionary Dynamics for their friendship and guidance.

What are your plans for after graduation? Do you see yourself pursuing this research in the future?

This has been a great opportunity and I will be coming back to work in this lab next summer. In terms of the longer-term future, I am in the ROTC program, so after graduation I’ll be joining the Navy as an officer for several years. This is exciting, but means I won’t be able delve deeper into this research directly after college. I’m not sure where I will end up after that, but I find research to be really exciting, and above all, I do really love math—so hopefully whatever I do involves a lot of it.