Lower respiratory diseases are the fourth leading cause of death in the U.S., claiming the lives of more than 150,000 people in 2016, according to the Centers for Disease Control and Prevention.

For many patients, a lung transplant is their only chance for survival, yet the number of available organs pales in comparison to the thousands of people on the waiting list.

The work of Harvard John A. Paulson School of Engineering and Applied Sciences alumna Anna Galea, Ph.D. ’03, could help some of those patients breathe a little easier while they wait for a transplant or undergo potentially life-saving treatment. Galea is director and chief scientist of the Artificial Lung Program at Lung Biotechnology PBC.

“There is such a huge need for our device,” she said. “We will someday be able to save hundreds of thousands of lives by providing even a temporary solution outside the body while these patients heal, or a longer term solution to improve quality of life.”

The artificial lung is a device that improves on the efficiency and effectiveness of standard extracorporeal membrane oxygenation (ECMO), making it a more viable, long-term therapeutic solution.

Traditional ECMO involves pumping blood out of the body into a device that runs it along a membrane where oxygen is pushed into the blood and carbon dioxide is pulled out. But blood tends to clot when it comes in contact with a membrane, so ECMO devices must be replaced every few days. The patient’s blood is also more likely to clot when it is pumped back into the body, forcing ECMO patients to take large doses of dangerous anticoagulant medications.

To solve this problem, the artificial lung Galea and her team are developing uses a specialized liquid that exchanges oxygen for carbon dioxide while it flows together with blood, without mixing. Since blood clots when it contacts a solid or gas, liquid provides the best solution to the problem, she said. Blood flows back into the patient, while the carrier fluid flows to a membrane where it deposits CO2 and picks up fresh oxygen for the next exchange.

“We are exploring a space that nobody has really studied before. While we sometimes use the nomenclature ‘microfluidics’ to explain our work, the channels in our device are too big for microfluidics and too small for standard fluid dynamics,” she said. “The biggest challenge is balancing the desire to explore that space from a scientific view and really nail down the mathematical understanding of what we are doing with the need to drive forward with a product.” 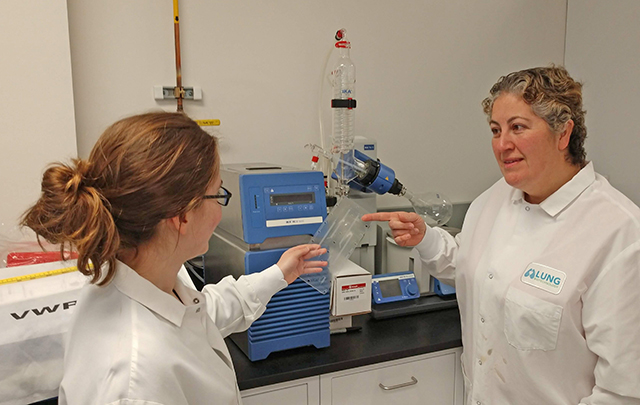 Galea (right) in the lab at Lung Biotechnology. (Photo courtesy of Anna Galea.)

Galea’s interest in developing novel medical devices began at a young age. Born in Malta and later raised in the suburbs of Toronto, she recalled attending a University of Toronto open house as a teen where she was fascinated by projects that had been produced by budding biomedical engineers.

After earning her undergraduate degree, Galea pursued a master’s in ocean engineering at MIT to explore a different scientific realm. An avid scuba diver who loves the ocean, she enjoyed working on small submarines, but opted to pursue a biomedical engineering Ph.D. at Harvard so she could have a greater impact on improving people’s lives.

In the lab of Rob Howe, Abbott and James Lawrence Professor of Engineering, Galea worked on noninvasive and nonionizing tactile imaging of breast cancer lesions. She developed inverse algorithms that used data from a tactile imaging device to determine the size and depth of lumps in breast tissue.

Her work could enable clinicians to differentiate tissue stiffness without requiring the patient to undergo a mammogram, which is more painful than tactile imaging and requires the use of radiation, a potential risk for former cancer patients.

“One of the biggest challenges that I faced, and I’ve found this to be true in a lot of biomedical engineering research, came from the data itself. By nature, you are working with data that is very noisy, and you have to make sense of it,” she said. “But I was motivated by the fact that what I was doing could someday make a difference in people’s lives.”

Galea intended to become a professor after earning her Ph.D., but changed course after one of her closest friends passed away following surgery for a spinal injury.

“I felt that I had to do something to help make this surgery less dangerous, and to do that, I needed to work in industry,” she said.

She joined Foster-Miller and began working on an orthopedic implant. Galea excelled at writing grant applications, and was soon winning major funding for her own projects. After a larger company purchased Foster-Miller, she followed her projects to Infoscitex, which was small enough to qualify for the Small Business Innovation Research grants that funded much of her work.

The biomedical engineer continued working on spine implants and prosthetics, artificial organs, and non-invasive imaging. One of her most successful projects involved the development of a device that can non-invasively measure the pressure inside a patient’s skull.

Galea had the opportunity to collaborate on an artificial lung being pioneered by an Infoscitex colleague, and eventually was the lead inventor on the novel technology that underpins her current work. The complexity of the problems the artificial lung could solve, and its potential to help many patients, inspired her to work on it full-time after the project was purchased by United Therapeutics.

She enjoys delving deeper into new realms of scientific discovery, but developing a product is much different than conducting research in an academic setting.

“Once we understand the science well enough to make what we need work, we move on,” she said. “We are trying to find that balance between learning enough to be confident in what we understand, while also being able to move as quickly as we can through the research.”

Though the artificial lung is still in early stages of research and development, time is of the essence; 22 patients die every day while waiting for a lung transplant. For Galea, that urgency is a driving force.

“Sometimes it is very scary and lonely when you are up against a scientific problem and there is no answer out there, but it is exciting to know that we are working on a problem that no one has tackled before,” she said. “Knowing that what we are doing will actually improve so many lives is rewarding.” 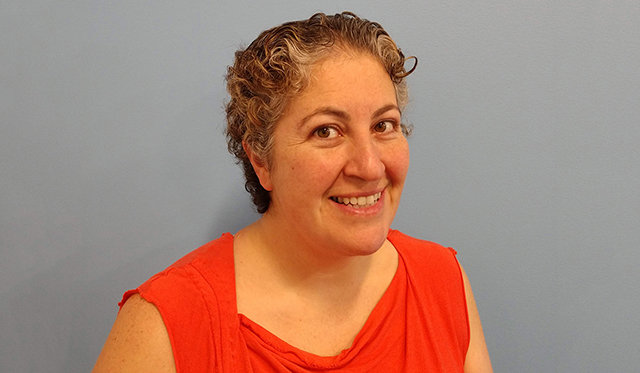