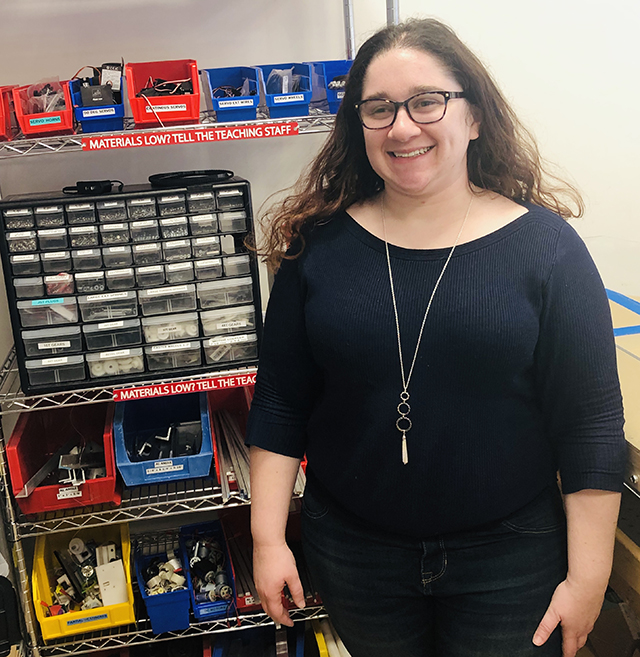 "I think a lot of the challenges for women in engineering come from the implicit bias people still have against women engineers. There were times when I’d go to conferences and people wouldn't take me seriously. I still get a lot of shocked reactions when I tell people what I do. While I don't think they mean anything by it or it's malicious, it is important to fight such bias very early on, as it can get hardwired. I remember somebody once came up to me and said, ‘women can't be good at math and science.’ That, to me, doesn't make any sense. I've even had kids tell me that, so I think it is important to get to girls very early on and show them that we can do this. After my NASA internship, I took a class in my junior year, where the professors took one lecture to just talk about their research, and one of the women professors presented this research on microrobotics. I thought that was the coolest thing ever! That eventually led me to do my Ph.D. in microrobotics. During that time, I also did a lot outreach where I’d talk to the public, especially young women, and let them see that we [women] are here doing some amazing things, and it’s not as shocking as some people still think it is. The fact that the Active Learning Labs staff at Harvard is mostly female, and at one point, over 50 percent of our teaching staff were women, has also really helped the students see that we are here. I've actually had one of the students tell me that she was really pleasantly surprised that there are all these women teaching engineering, which was actually rather different than my undergrad, where I remember the single female professor throughout my undergrad program. And I'm really happy that someday the women in my class get to set such examples for other young girls, too." – Michelle Rosen, Lecturer, Mechanical Engineering Design

Rosen, who earned a Ph.D. in mechanical engineering at SEAS in 2018, served as the outreach coordinator for the Harvard Microrobotics Lab, organizing participation in many events in the Cambridge area and beyond. She also enjoys cooking and building Lego when she is not busy teaching at SEAS.