Searching for a sign of spring in Massachusetts, one need look no further than the bright and chirpy bluebirds returning to the trees.

To Victoria Hwang, those bluebirds are even more significant—their azure feathers exemplify the natural phenomenon of structural color, which she and her fellow researchers are striving to unravel.

Rather than relying on pigments, the birds’ blue feathers derive their color from the internal structure of the feathers themselves, which allow all other colors to pass through so only blue reflects to the eyes. Hwang, an applied physics Ph.D. candidate at the Harvard John A. Paulson School of Engineering and Applied Science and Graduate School of Arts and Sciences, is modeling structural color to better understand how light behaves within the material.

“I like that this research is driven by nature. Color is so important in the natural world, and I’m fascinated by the way nature has solved the issue of color in different ways,” she said. “I want to know what we can learn from that, and how we can improve on what nature has done.” 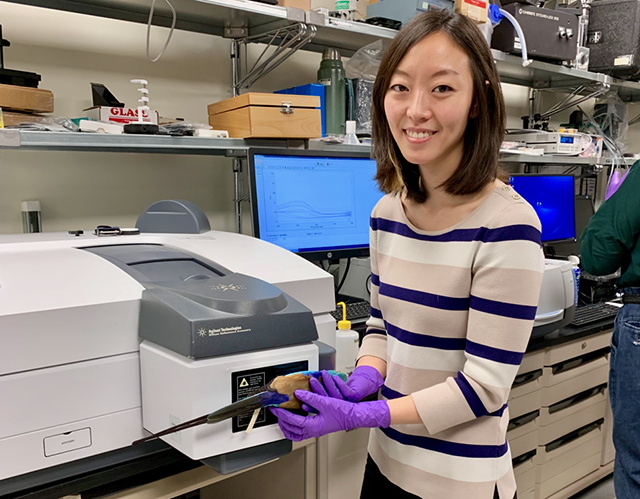 Hwang’s curiosity about the natural world blossomed during her childhood in Buenos Aires, Argentina. Her parents encouraged her to channel that curiosity into math and science.

Hwang looked up to her older sister, who attended MIT and brought her younger sibling a special gift during her first visit home after being away at school.

“She brought me this toy telescope and it was the best thing I had seen in my life. I became obsessed with it,” she said. “That simple toy triggered my desire to learn. I wanted to know what is out in space. That unfolded into me asking more questions about how nature works.”

Hwang became passionate about chemistry—she competed in chemistry Olympiads throughout high school and rose to the national finals several times. That success inspired her to pursue chemical engineering as a Princeton University undergrad.

At Princeton, she conducted molecular dynamics simulations to understand anomalies of how water behaves at super-cooled temperatures. She enjoyed the research, but was interested in finding an outlet for math and science with more direct applications. 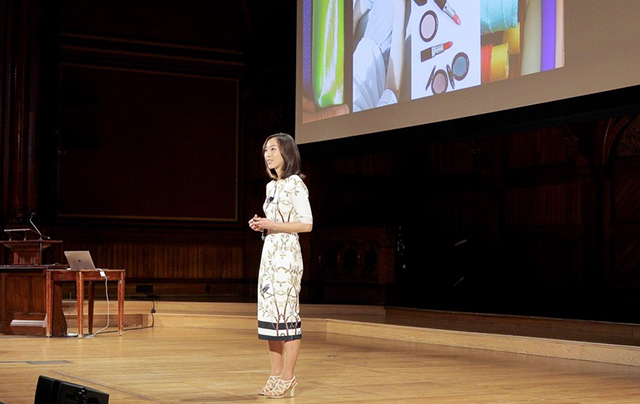 A member of the prestigious Harvard Horizons program of the Graduate School of Arts and Sciences, Hwang presented her research during the annual symposium. (Photo courtesy of the Bok Center Media Team)

Hwang found just what she was looking for during an internship at the Intellectual Ventures Laboratory in Bellevue, Wash. Founded by Nathan Myhrvold, former CTO at Microsoft, the laboratory focuses on complex challenges with vast humanitarian implications. Hwang conducted experiments aimed at improving the effectiveness and efficiency of the Omniprocessor, a device to filter wastewater into potable water.

“That experience taught me that having a humanitarian impact means a lot to me,” she said. “A lot of times, when you are doing experimental work, it is very repetitive, very tedious, and there are obstacles every step of the way. Having that motivation in the background, knowing that this could potentially help a lot of people, really helped me to stay focused.”

Looking for more real-world applications of scientific research, Hwang decided to pursue an applied physics Ph.D. in the lab of Vinothan Manoharan, Wagner Family Professor of Chemical Engineering and Professor of Physics.

She found the structural color project instantly appealing because of her lifelong fascination with nature.

Hwang and her collaborators are now taking a page from nature’s book, working to recreate structural colors in the lab by manipulating the structural properties of different materials. If you make a blue material slightly bigger, it might reflect green or yellow, she explained.

That opens the doors to using color in new ways. For instance, creating a colored Kindle screen is nearly impossible because the thin material would need to incorporate all the necessary pigments.

But using structural color, one could incorporate an array of microscopic, polystyrene nanoparticles into the device, and then change the distance between the particles to alter the nanostructure, creating any number of different colors.

“Because the color comes from the structure and not from the material itself, you can make structural colors using virtually any material, including those that are safe and environmentally friendly,” she said. “Also, the principle of selectively reflecting light through structure can be used for applications beyond making color, like designing smart windows for sustainable buildings.” 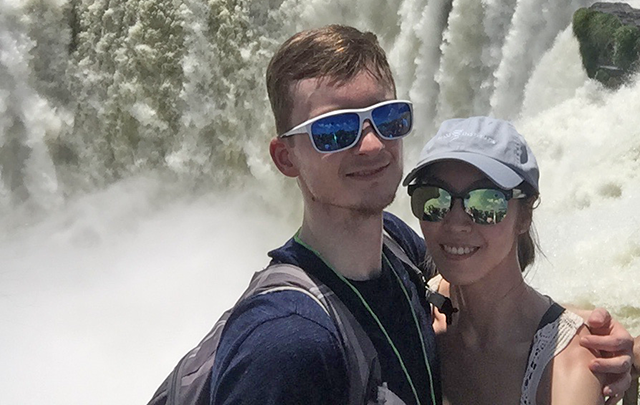 Hwang and her partner, Soeren Brandt, at the Iguazu waterfalls in Argentina, the largest waterfall system in the world. (Photo by Victoria Hwang)

One of the biggest challenges Hwang faces is understanding the physics of how light travels inside a material—something researchers have been studying for more than a century—and then applying that entire bulk of knowledge in a brand new direction.

She is also using that knowledge to improve on nature’s work. While bluebirds derive their color from structure, cardinals and other red birds have feathers colored by pigments, since nature has yet to develop an efficient way to create structural red.

Unraveling that puzzle is a driving force that inspires Hwang to keep asking questions and digging deeper. (Read more about Hwang's research on the Harvard Horizons website.)

Looking to the future, she hopes to apply those analytical skills in a way that could improve people’s lives.

“Doing my Ph.D. at Harvard, I’ve had the opportunity develop so many amazing skills,” she said. “Now, I want to apply those skills for a social or humanitarian cause.”

One potential path Hwang is considering is the world of entrepreneurship. She is a co-founder of Petrichor, a startup in the Harvard Innovation Labs Venture Incubation Program that spun out of the lab of Joanna Aizenberg, Amy Smith Berylson Professor of Materials Science. Petrichor is developing a sensor to quickly detect the “hazard level” of a liquid.

The startup, based on technology co-invented by Hwang’s partner, Soeren Brandt, and Ida Pavlichenko, and also led by co-founder Zbigniew Rozynek, was motivated by a 2013 accident where a train carrying crude oil exploded and caught fire in the town of Lac-Mégantic, Quebec, causing massive destruction and 47 deaths. The disaster was exacerbated because the crude oil hadn’t been properly classified—it was much more flammable than it was believed to be, she said. 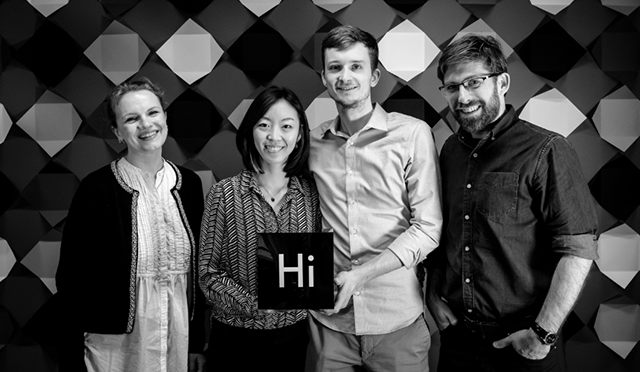 Applying her skills to an entirely new problem, and diving into the fast-paced world of tech entrepreneurship has kept Hwang on her toes.

“It has been a rollercoaster—hectic and exhausting, but also a great learning experience,” she said. “I’m really excited for the potential of this technology. I think this sensor could make a big impact on helping avoid accidents and saving people’s lives.”