Anyone who has ever been on a long, international flight knows that after a few hours in the air, an airplane bathroom can begin to look (and smell) a bit disgusting.

The odious task of keeping airplane bathrooms clean falls on flight attendants, whose only tool in the battle against bacteria is often a spray bottle of surface cleaner.

But there may be a better way. At HRL Laboratories, alumna Shanying Cui is designing a system that uses high-frequency ultraviolet light to passively sanitize the bacteria lurking on airplane bathroom surfaces.

After an individual leaves the bathroom, the door automatically locks for a few seconds and an illumination system emits bursts of short-wave ultraviolet light to instantly kill bacteria, explained Cui, who earned a Ph.D. in applied physics from the Harvard John A. Paulson School of Engineering and Applied Sciences and Graduate School of Arts and Sciences in 2014. The system she developed could be included on a future Boeing demo plane through the ecoDemonstrator program.

“This project emphasized to me that any problem can be interesting and challenging in its own way,” she said. “Being a scientist in industry is about understanding the real problems that are preventing something from happening, and then figuring out the fundamental science we need to do to solve those problems. I like that I am one step closer to having a direct impact; my work can be transitioned to an actual product line.” 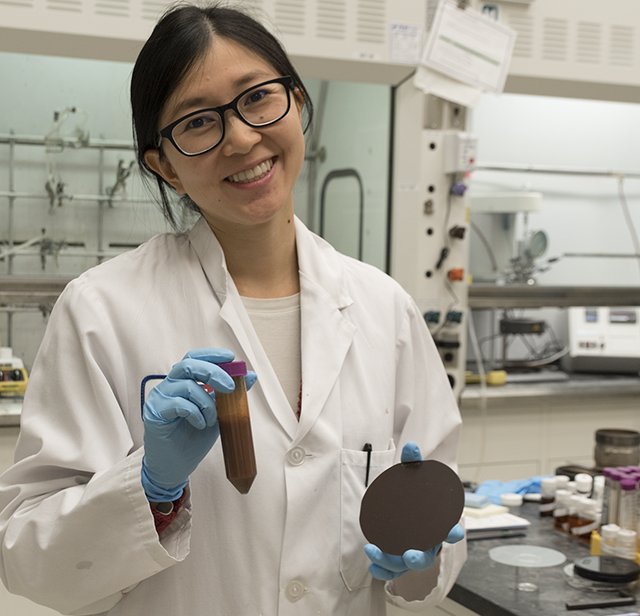 As a child, Cui set her sights even higher than commercial flight—she was enamored by the mysteries of space. That curiosity led to an interest in math and physics that inspired her to study chemistry as an undergraduate at MIT, where she joined a lab researching how to use light to split water into hydrogen and oxygen atoms for fuel.

That curiosity also drove her to join the lab of Evelyn Hu, Tarr-Coyne Professor of Applied Physics and of Electrical Engineering, as an applied physics Ph.D. candidate. For her thesis, Cui worked to solve problems associated with using diamond defects in nanophotonic applications, such as quantum memory.

While defects have many useful properties, such as their ability to sense microscopic magnetic fields, it is difficult for researchers to manipulate defects with light because they are often buried deep below the diamond surface. But bringing a defect closer to the surface can hamper those unique properties. For instance, if a diamond surface is oxidized or treated with hydrogen, that could cause a defect to emit less light, she explained.

Cui studied different methods to change the surface of a diamond without affecting defects, as well as other ways to physically alter the structure of a diamond so researchers could extract more light.

“Poetically, there is something so beautiful about this idea that a small defect in a diamond, which is usually a bad thing, can be useful in so many applications,” she said.

For example, since diamond defects are sensitive to small changes in magnetic fields, they could be used to conduct nuclear magnetic resonance on a molecular level, enabling a researcher to efficiently identify the chemicals in a microscopic sample.

Her interest in working on scientific projects with direct applications led her to HRL Laboratories, where Cui has found a good fit for her passions for applied research. Boeing and GM own the lab, and working on research projects related to the automotive and aerospace fields provides a seemingly endless variety of complex problems.

“In addition to the science, I also have to learn about customer needs and how to transition the innovations to our customers to scale up to develop into a product,” she said. “For instance, the ideas I had for the airplane lavatory project were initially too expensive—they would involve completely changing the materials and layout of the bathroom. We had to design our UV light system so it was retrofittable into a Boeing airplane.” 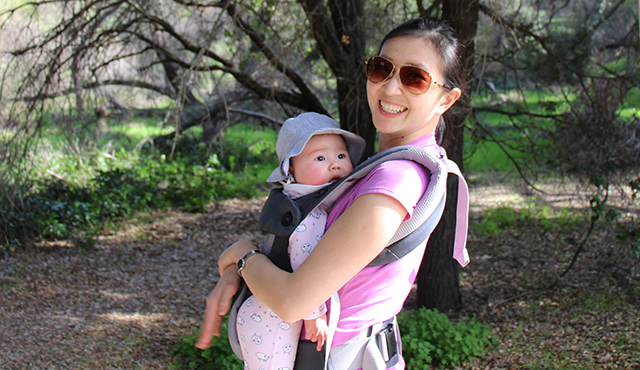 Juggling customer needs with scientific realities is a delicate balancing act, even when the work is fundamental research. For instance, scalability is a major concern of her government customers for applications such as large area infrared scattering and on-chip magnetic components. She addresses these challenges with self-assembled nanoparticles, harnessing their unique optical and magnetic nano-properties on a macro-scale.

“The part of my job that I enjoy the most is continuing to explore the questions that are important to me, like how something is working, but being able to do it with much better context,” she said. “I don’t start working on something until I get a taste for why it is important and what system my work is going to go into. That provides great motivation.”