I Am a Scientist

As Nabiha Saklayen carried samples between the various buildings and labs of the Harvard John A. Paulson School of Engineering and Applied Sciences, she frequently ran into visitors who were curious about what she was doing.

When she told them she was carrying cancer cells or plasmonic nanoparticles as part of her work, more often than not, she was met with quizzical expressions from people who were surprised to discover she was a physicist.

“I guess, the stereotypical image of a physicist, they don’t really look like me,” said Saklayen, who earned a physics Ph.D. from Harvard in 2017 and co-founded a startup focused on regenerative medicine. “But I wanted to put a positive spin on that. I thought that any time I meet someone who hasn’t met a scientist who looks like me, it is a great opportunity to change their minds and change those stereotypes. We should have more of those conversations.”

In an effort to start those conversations, Saklayen wrote a blog post entitled “I Don’t Look Like a Physicist,” which received a lot of positive response from people inside and outside the scientific community.

The next day, over lunch with her friend Stephanie Fine Sasse, the two decided they needed to do something to change people’s perceptions of who scientists are and promote diversity in STEM. Sasse conducted neuroscience and psychology research in the lab of Leah H. Somerville, Professor of Psychology and Director of the Affective Neuroscience and Development Laboratory; and earned a master’s degree in mind, brain, and education from the Harvard Graduate School of Education. Sasse is founder of a nonprofit, The Plenary Co., which designs exhibitions, games, and creative gatherings to fight misinformation, disengagement, and echo chambers.

Through the Plenary Co., Saklayen and Sasse launched I Am A Scientist, an initiative to share stories with middle and high school students and help them connect with scientists of diverse backgrounds and, ultimately,  break down barriers that keep some students from considering STEM careers.

I Am a Scientist is a collection of 22 toolkits, each of which contains resources related to one specific scientist’s story, including a slide deck that can be tailored to different student audiences that details the scientist’s personality, interests, research topics, and career journey. The toolkits also contain career resources for students, and curated lesson plans so teachers can delve more deeply into the science.

The toolkits include posters of the scientists with images taken by a professional photographer that showcase each individual’s personality.

“Students really like having things in common with whatever role model they are engaging with. So highlighting that one of the scientists is a singer and musician, or another loves throwing parties at their house with their friends, may seem like little things that don’t matter, but they are really the root of human connections. For me, that’s the most important piece of this,” Sasse said. “Through the stories, the posters, and slide deck, we keep pulling out new layers of these scientists so students can connect with them as whole people, not as two-dimensional characters or stereotypes of people in lab coats playing with substances in beakers, but as full, complex people.”

The pair sought to select scientists who represent a wide range of backgrounds and interests, as well as diversity in race, gender, types of science, and the journeys that brought them to science.

They first worked through their own networks and then beyond to find individuals who had been vocal about wanting to be role models and break barriers for students in STEM, Sasse said.

“They were so open and vulnerable about their highs and the lows as scientists, and that was very moving for me,” Saklayen said. “Sharing these powerful stories is such a big motivator for us. If we’re successfully able to translate these stories and share them with the next generation, maybe they’ll give science a chance. Or maybe they’ll take a science course when they get older. I don’t think everyone has to be a scientist, but we would love for people to be more science-minded.”

Saklayen and Sasse launched the initiative in May and are striving to get their resources into 10,000 classrooms or learning settings nationwide.

In the longer-term, they’d like to translate the resources into multiple languages and expand the scientists within the program to be even more representative of different science career paths, such as industry, education, and policy. They also plan to launch an ambassador program to build a community around their mission and give educators a chance to share resources and continue the conversation.

For Saklayen and Sasse, the opportunity to impact the lives of students and motivate them to consider STEM careers is a driving force.

“When I was in the Somerville Lab at Harvard, a group of local students came to the lab for a tour. Afterwards, one little girl came up to me and said she couldn’t believe that I was a scientist. I didn’t look like what she thought a scientist should look like. And then she said to me that she could never be a scientist because she wasn’t smart enough. That was a really powerful and painful moment,” Sasse said. “If we could get these stories and resources to her, that might be the start of something. It’s not the solution—there are still a lot of barriers to overcome—but it might be enough to get her started.” 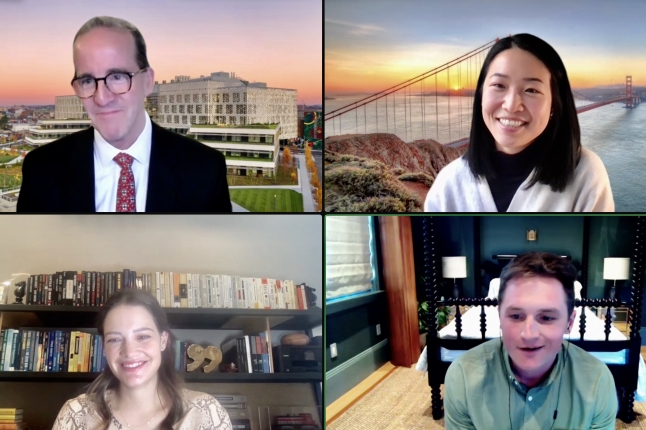 Blazing their own path 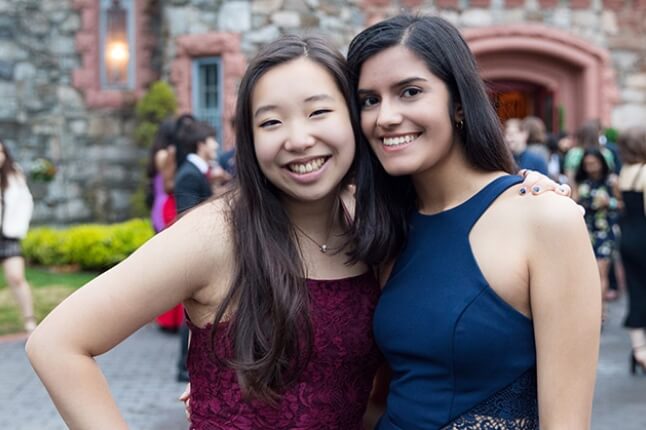 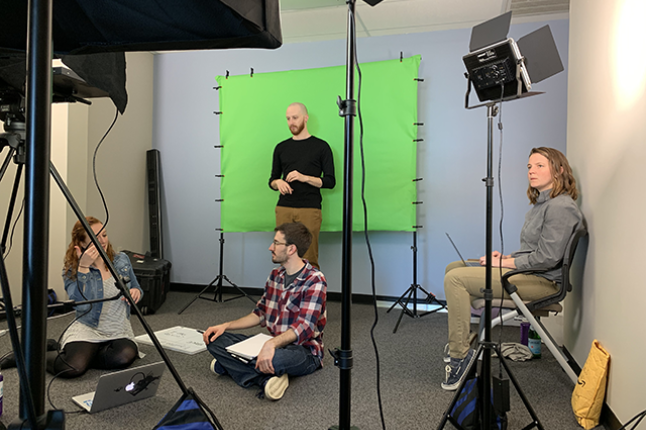