Injecting light-reflecting aerosols into the stratosphere — known as solar geoengineering —could be used in conjunction with emissions reduction to lower the risks of a climate change and cool the planet.  But deliberately introducing particles into the atmosphere may also carry significant risks, and those dangers may increase depending on what aerosols are used. Sulfate aerosols, for example, could contribute to ozone damage and stratospheric heating.

In 2016, researchers from the Harvard John A. Paulson School of Engineering and Applied Sciences (SEAS) used computer models to find that calcium carbonate (CaCO3) could not only reflect light and cool the planet but also counter ozone loss by neutralizing emissions-borne acids in the stratosphere — like an antiacid for the atmosphere.

Now, the team has conducted the first laboratory experiment to study calcium carbonate’s reactivity with ozone depleting gasses including hydrogen chloride (HCl), nitric acid (HNO3), and chlorine nitrate (ClONO2) under stratospheric conditions and found that calcium carbonate is actually less chemically active when reacting with those chemicals than previously thought, meaning it wouldn’t do much to counter ozone loss.

“This research demonstrates that existing computer models are only as good as the data they built on and they can't do a good job predicting the impacts and benefits of solar geoengineering without new data from experiments, which is why laboratory and eventually field experiments are so important,” said David Keith, the Gordon McKay Professor of Applied Physics at SEAS and Professor of Public Policy at the Harvard Kennedy School and co-senior author of the paper.

The research is published in the journal Communications Earth and Environment.

“Our research finds that the unintended side effects of stratospheric ozone disruption from calcium carbonate geoengineering could be small,” said Zhen Dai, a PhD student at SEAS and first author of the paper.

“Calcium carbonate appears to be much less reactive than the models originally predicted but there are additional reactions that we have not yet studied,” said Frank Keutsch, the Stonington Professor of Engineering and Atmospheric Science at SEAS and Professor of Chemistry and Chemical Biology and co-senior author of the paper.  “While we can almost certainly expect calcium carbonate will not have the stratospheric reactivity of sulfate, the actual stratospheric reactivity is unknown, which is why we need more lab work, followed by field work.”

“These results still leave many unanswered questions,” said Keith. “But there’s a wide variety of relatively straightforward experiments that could significantly reduce uncertainties about solar geoengineering the stratosphere.”

To that end, Keith, Keutsch and a team of Harvard researchers developed the Stratospheric Controlled Perturbation Experiment (SCoPEx). If approved by the independent advisory committee, SCoPEx would inject small amounts of calcium carbonate into the stratosphere to study whether it reacts as predicted by models and experiments. The amounts injected would be so small that they would not pose any physical risks, but as a first step, the SCoPEx research team has asked the independent SCoPEx Advisory Committee to review plans for a platform test in Sweden in June 2021. The test would not be the experiment itself, but rather a test of the SCoPEx platform without the release of any particles. To learn more about SCoPEx and the proposed test, visit the SCoPEx website.

The research is co-authored by Debra K. Weisenstein. 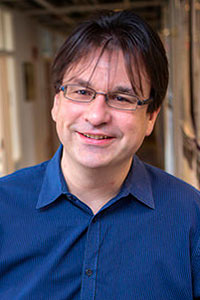 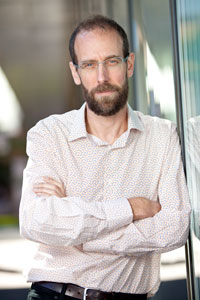