Doyle, Ingber elected to the National Academy of Engineering

Francis J. Doyle III, Dean of the Harvard John A. Paulson School of Engineering and Applied Sciences (SEAS) and Donald Ingber, Professor of Bioengineering at SEAS, have been elected to the National Academy of Engineering (NAE).

Doyle and Ingber are among 106 new members and 23 international members chosen for their contributions to “engineering research, practice, or education” and to "the pioneering of new and developing fields of technology, making major advancements in traditional fields of engineering, or developing/implementing innovative approaches to engineering education."

Doyle, who is also the John A. and Elizabeth Armstrong Professor of Engineering & Applied Sciences, was chosen for his insights into natural biological control systems and innovative engineering of diabetes control devices. As co-principal investigator of the artificial pancreas project, Doyle leads a multidisciplinary team of engineers and scientists who are developing algorithms to automate an insulin delivery system to regulate the blood sugar levels of individuals with type 1 diabetes mellitus.

Doyle is also a member National Academy of Medicine.

Ingber, the Founding Director of the Wyss Institute for Biologically Inspired Engineering and the Judah Folkman Professor of Vascular Biology at Harvard Medical School, was elected to the NAE for his interdisciplinary contributions to mechanobiology and microsystems engineering, and leadership in biologically inspired engineering.

Ingber is an early pioneer of the field of mechanobiology. In the field’s infancy, Ingber was one of the first to recognize the fundamental importance of physical forces as bioregulators. He connected the structural principle of tensegrity to cellular architecture, which led to the discovery of integrins as mechanoreceptors and myriad mechanisms of cellular mechanotransduction. His insights into the ways the extracellular matrix and the physical forces it conveys to cells anchored to it contribute to cell physiology, tissue morphogenesis, organ development, and diseases such as cancer have impacted numerous fields of science, medicine, and surgery.

He is also a member of the National Academy of Medicine.

Election to the National Academy of Engineering is among the highest professional distinctions accorded to an engineer. Doyle and Ingber are two of three Harvard faculty elected to the NAE this year. William Walter Hogan, the Raymond Plank Research Professor of Global Energy Policy at the Harvard Kennedy School, was also elected. 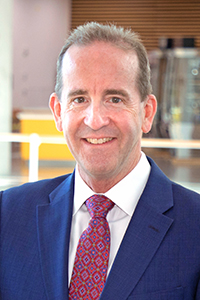 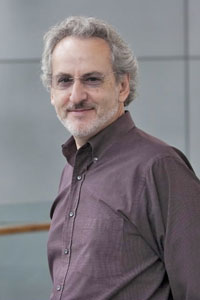