About 12% of U.S. utility-scale electricity generation currently comes from wind and solar sources, which fluctuate with daily weather conditions. For wind and solar to play a greater role in the decarbonization of the electricity grid while reliably meeting consumer demand, grid operators recognize the need to deploy energy storage systems, but these have not yet proved cost-effective at scale.

An innovative redox-flow battery now entering commercial development may help to tip the balance. Distinguished by its use of an aqueous, organic electrolyte, this flow battery was developed by Harvard materials scientists and chemists led by Michael Aziz and Roy Gordon at Harvard John A. Paulson School of Engineering and Applied Sciences (SEAS) and in the Department of Chemistry and Chemical Biology. Harvard’s Office of Technology Development (OTD) has granted Quino Energy an exclusive, worldwide license to commercialize energy storage systems using the chemistry identified by the labs, including quinone or hydroquinone compounds as the active materials in the electrolyte. Quino’s founders believe the system may offer game-changing advantages in cost, safety, stability, and power.

“The cost of wind and solar electricity has dropped so much that the greatest barrier to getting the vast majority of our electricity from these renewable sources is their intermittency. A safe, scalable, cost-effective storage medium could solve this problem,” said Aziz, who is the Gene and Tracy Sykes Professor of Materials and Energy Technologies at Harvard SEAS and a Faculty Associate of the Harvard University Center for the Environment. He is a cofounder of Quino Energy and serves on its scientific advisory board. “For grid-scale stationary storage, you want to be able to run your city through the night and when the wind isn’t blowing, without burning fossil fuels. You might go two or three days without wind in a typical weather pattern, and you’ll certainly go eight hours without sunshine, so having a discharge duration at rated power of 5 to 20 hours can be a very useful thing. That’s the sweet spot for flow batteries, where we think they can be especially competitive versus the shorter-duration lithium-ion batteries.”

“Longer-duration grid and micro-grid storage is a huge and growing opportunity, especially here in California where we’re demonstrating our prototypes,” said Eugene Beh, PhD, cofounder and CEO of Quino Energy. A native of Singapore, Beh earned his bachelor’s and master’s degrees from Harvard in 2009 and his PhD from Stanford University, returning to Harvard as a postdoctoral research fellow from 2015 to 2017.

In comparison to other flow batteries that rely on expensive, mined metals with limited scalability such as vanadium, the Harvard team’s organic, water-soluble implementation may present a more affordable and practical approach. Sixteen inventors, in addition to Gordon and Aziz, applied their expertise in materials science and chemical synthesis to identify, create, and test families of molecules with favorable energy density, solubility, stability, and cost of synthesis. Most recently, publishing in Nature Chemistry in June 2022, they demonstrated a complete flow battery system that overcomes the propensity of these anthraquinone molecules to decompose over time. By subjecting the system to an occasional voltage pulse, they were able to electrochemically recompose the energy-carrying molecules, dramatically extending the lifespan of the system and thereby lowering its overall cost.

“We’ve designed and redesigned versions of these chemicals with long-term stability in mind — that is, we try to beat them up in various ways,” said Gordon, who is the Thomas D. Cabot Professor of Chemistry and Chemical Biology, Emeritus, and a scientific advisor to Quino. “Our students have been very diligent in identifying molecules that can stand up to the conditions they’ll encounter in a battery in various states. Based on our findings, we’re optimistic that flow batteries filled with cheap and abundant elements have the potential to supply the future need for enhanced electricity storage.”

In addition to being selected for ongoing participation in the 2022 cohorts of the Harvard Climate Entrepreneur’s Circle, the Berkeley Haas Cleantech to Market program, and the Rice Alliance Clean Energy Accelerator, where it was named one of the Most Promising Energy Tech Startups, Quino was selected by the U.S. Department of Energy (DOE) to receive $4.58 million in nondilutive funding from the DOE Advanced Manufacturing Office, which will support the company’s development of a scalable, continuous, and cost-effective process for the synthesis of aqueous, organic flow battery reactants.

Added Beh, “We are grateful to the DOE for their generous support. The process in question could enable Quino to create high-performance flow battery reactants from the raw materials through an electrochemical reaction that can be performed inside the flow battery itself. If we are successful, there will be no need for a chemical factory — essentially, the flow battery is the factory itself — which we believe will enable the low production costs necessary for commercial success.”

Through investments in new technologies, the DOE is targeting a 90% reduction in the cost of long-duration, grid-scale energy storage, compared to a lithium-ion baseline, during this decade. Part of Quino’s DOE award, through a subcontracting relationship, will support further studies to innovate on the flow battery chemistry at Harvard.

Perlman is also an advisor to Quino Energy.

The $4.58 million DOE grant is augmented by Quino’s recently concluded seed round: the company has raised $3.3 million from a group of investors led by ANRI, one of the most active seed/early-stage venture capital firms based in Tokyo. TechEnergy Ventures, the corporate venture capital arm of the energy transition division of the Techint Group, also participated in the round.

In addition to Beh, Aziz, and Gordon, chemical engineer Meisam Bahari, PhD, is a cofounder of Quino Energy. A former postdoctoral researcher at Harvard, he is now the company’s Chief Technology Officer.

“The power markets desperately need lower cost long duration storage to mitigate the volatility from extreme weather on our grid and to help integrate high renewable penetration,” says Joseph Santo, Director of Investments at Arevon Energy and an advisor to Quino Energy.

He continues, “Lithium-ion batteries are facing significant headwinds from supply chain difficulties, a 5x increase in lithium carbonate commodity costs over the last year, and competing demands from electric vehicle manufacturers. It’s compelling that Quino’s solution can be produced domestically in the U.S. from readily available commodities and can achieve a longer duration.”

The Harvard research enabling the innovations licensed to Quino Energy was supported by academic research grants from the DOE, National Science Foundation, and National Renewable Energy Laboratory. The Aziz lab has also received funding for experimental research in this area from the Massachusetts Clean Energy Center. As in all Harvard license agreements, the university reserves the rights of not-for-profit research institutions to continue to make and use the licensed technology for research, educational, and scholarly purposes.

Quino Energy is a California-based clean-tech company developing redox-flow batteries for grid-scale energy storage, based on an innovative water-based organic chemistry. Quino aims to develop affordable, reliable, and completely non-flammable batteries that will facilitate the broader adoption of intermittent renewable energy sources like solar and wind. For more information, visit https://quinoenergy.com. Inquiries should be directed to info@quinoenergy.com.

Harvard’s Office of Technology Development (OTD) promotes the public good by fostering innovation and translating new inventions made at Harvard University into useful products that are available and beneficial to society. Our integrated approach to technology development comprises sponsored research and corporate alliances, intellectual property management, and technology commercialization through venture creation and licensing. More than 90 startups have launched to commercialize Harvard technologies in the past 5 years, collectively raising more than $4.5 billion in financing. To further bridge the academic-industry development gap, Harvard OTD manages the Blavatnik Biomedical Accelerator and the Physical Sciences & Engineering Accelerator. For more information, please visit https://otd.harvard.edu. 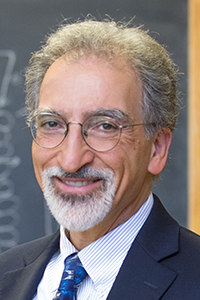 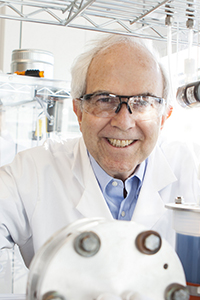 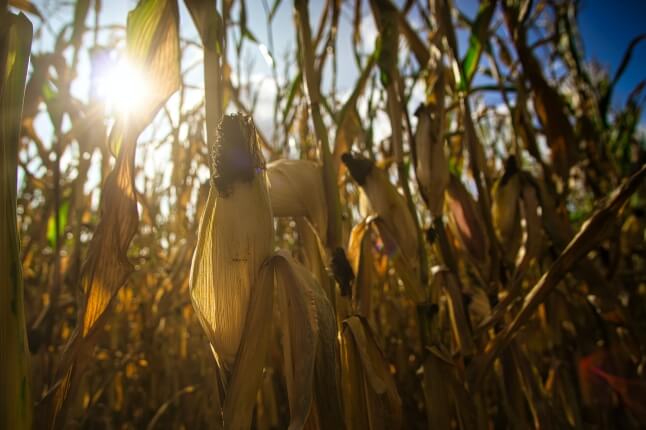 A better understanding of crop yields under climate change