Leslie Valiant is the T. Jefferson Coolidge Professor of Computer Science and Applied Mathematics at the Harvard School of Engineering and Applied Sciences. He is one of the leading thinkers in the theory of computation and won the Association for Computing Machinery's most prestigious technical award, the A. M. Turing Award, in 2010. His latest book is titled "Probably Approximately Correct."

The following is an excerpt from a review by Edward Frenkel that appeared in the New York Times on October 1. 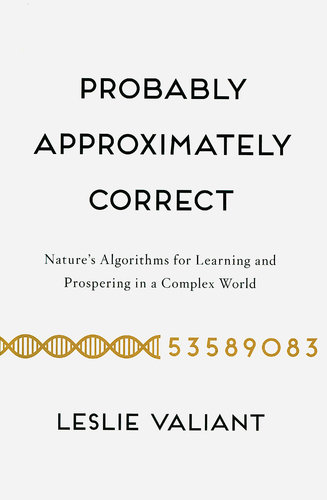 Our daily lives are growing ever more dependent on algorithms, those omnipresent computational procedures that run programs on our laptops, our smartphones, our GPS devices and much else. Algorithms influence our decisions, too: when we choose a movie on Netflix or a book on Amazon, we are presented with recommendations churned out by sophisticated algorithms that take into account our past choices and those of other users determined (by still other algorithms) to be similar to us.

The importance of these algorithms in the modern world is common knowledge, of course. But in his insightful new book “Probably Approximately Correct,” the Harvard computer scientist Leslie Valiant goes much further: computation, he says, is and has always been “the dominating force on earth within all its life forms.” Nature speaks in algorithms.

Dr. Valiant believes that phenomena like evolution, adaptation and learning are best understood in terms of “ecorithms,” a term he has coined for algorithms that interact with and benefit from their environment. Ecorithms are at play when children learn how to distinguish cats from dogs, when we navigate our way in a new city — but more than that, Dr. Valiant writes, when organisms evolve and when brain circuits are created and maintained.

Read the entire article in the New York Times.