Airmail, to your door

Internet retail giant Amazon.com hopes eventually to deliver packages by using flying robots, self-guided drones akin to those used by the military. The concept conjures images of holiday skies clouded with black “octocopters” coming to the rescue of last-minute shoppers.

The futuristic plans, announced by Amazon founder and CEO Jeff Bezos, would deliver small packages within 30 minutes of placing an order and conceivably could begin within four or five years. First, however, Federal Aviation Administration (FAA) rules would have to change. 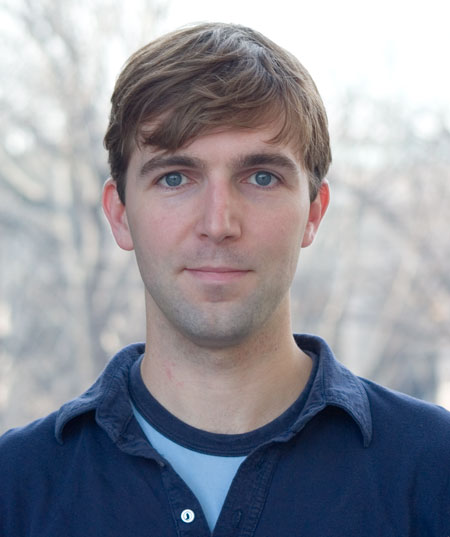 To gain some perspective on the drone-delivery suggestion, the Harvard Gazette talked with Robert Wood, the Charles River Professor of Engineering and Applied Sciences, who has been building insect-sized flying robots.

GAZETTE: Amazon’s Jeff Bezos said he’s serious about using flying robots to deliver packages, saying that the technology is almost there — within four or five years — and that Federal Aviation Administration [FAA] regulations might permit it by 2015. What was your reaction when you heard this?

WOOD: The technology is actually quite close. My first reaction is that the technology is much closer than overcoming the FAA and liability barriers.  Of course they will need to refine the vehicle and controller designs to first ensure safety and, second, to verify efficiency and efficacy of this method.

GAZETTE: How realistic is the scenario of using flying robotic drones to deliver packages? I’m sure it seems completely “out there” for most of the public. Is it?

WOOD: I think technically this is quite reasonable. In a laboratory setting, moving an object from one position to another using a flying vehicle is something that has been demonstrated. When you start to move this out of a lab setting, there are tremendous challenges, including weather, turbulence when moving around buildings or objects, dynamic objects in the environment such as people or cars, and imprecise or unreliable sensor information. But the robotics community is working on solutions to all of these topics — [like] the “self-driving car” — so I suspect the answers are not far off.

GAZETTE: Is this an extension of military drone use, or is the technology fundamentally different?

WOOD: I am not sure of the connections to military drones.  I would guess that there are some similarities in some of the technologies and goals.

GAZETTE: How does this relate to your own research? Is it mainly a matter of scale, or is it technically entirely different? 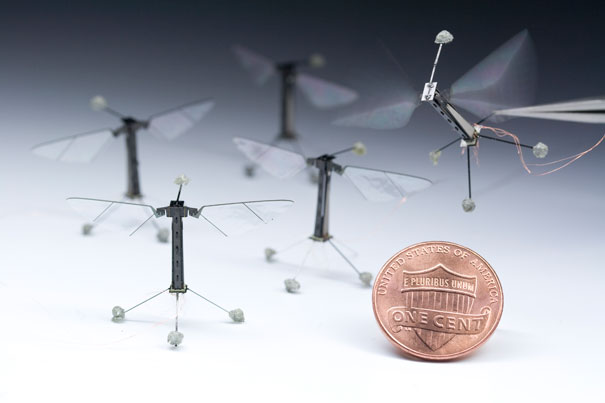 Inspired by the biology of a fly, with submillimeter-scale anatomy and two wafer-thin wings that flap almost invisibly, 120 times per second, Rob Wood's tiny robotic insects have taken their first controlled flight. (Photo courtesy of Kevin Ma and Pakpong Chirarattananon.)

WOOD: The different scales make these two problems — transporting packages via flying drones versus making flying robots the size of insects — quite different.

As you may suspect, when you make things bigger, some things get easier and some get harder. For example, the Amazon drones could use off-the-shelf components for batteries and motors, whereas for our robots everything must be developed from scratch. However, as you get bigger, the robots become more expensive and dangerous, so you have to be extra cautious to avoid people or other objects. As for our robots, if one of them hit you, you wouldn’t feel it any more than you notice a fly that lands on your shirt.

Read the entire article in the Harvard Gazette 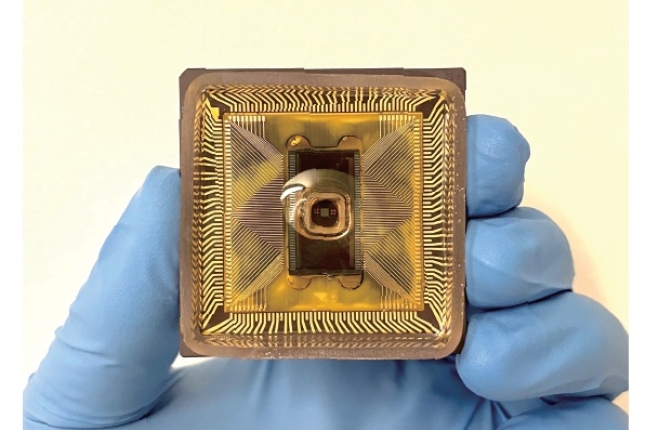