How early-stage embryos maintain their size

What controls the size of an embryo and, by extension, the size of tissue, organs and the whole organism?

For as much as we know about embryogenesis, questions about how an embryo maintains its size early in development are still unanswered. Those questions are at the center of recent research by the Harvard John A. Paulson School of Engineering and Applied Sciences (SEAS) and the European Molecular Biology Laboratory (EMBL) in Heidelberg, Germany.

The research, a collaboration between the groups of L Mahadevan, the Lola England de Valpine Professor of Applied Mathematics, of Organismic and Evolutionary Biology, and of Physics at Harvard; and Takashi Hiiragi from the EMBL found that embryos maintain an average size in early development through simple hydraulic pressure.

“Previously, researchers thought this process was perhaps controlled genetically using molecular processes but, as it turns out, evolution has stumbled on this simple physical principle of using hydraulic control for size,” said Mahadevan.

During the earliest stages of embryonic development, a fluid-filled cavity grows and expands. During this process, some cells form the extra-embryonic wall, which will eventually become the placenta, and others form the inner cell mass, which will develop into the embryo. Using mouse embryos, the teams observed that during this process, the cavity (also known as a blastocysts) grows steadily in volume, using ions to recruit water. As the cavity stretches, the wall becomes thinner but stiffer until the stress reaches a critical level. At this stage, the shell made of cells bursts like a balloon.

However, unlike a balloon, the cavity heals itself and begins the process all over again -- allowing the embryo to maintain a steady, average size throughout the initial stages of development, determined by the mean of the size when it bursts and when it seals and reheals. Work by the Mahadevan group published in 2017 showed that artificial organoid-like cysts made of cells could maintain their size by periodically swelling and bursting, using a hydraulic mechanism. The new work shows that the same principle holds for a viable embryo as well.

Using a micropressure probe, the researchers were able to measure the pressure inside the cavity, which together with the size of the cavity determine the stresses in the wall of the blastocyst. The maximum value of the stress, the rupture stress, determines the size of mature blastocysts. Through experiments, the researchers were able to regulate blastocyst size by manipulating the biophysical processes associated with leakiness of the cell junctions or changes in the cell contractility.

Development of a blastocyst

“Our study has identified hydraulic pressure as a mechanical signal that coordinates cellular response and tissue self-organization,” said Mahadevan. “Our work shows that tissue-scale forces can have a critical role in shaping embryo size and cell fate during embryogenesis.”

Hydraulic controls may also play a key role in the morphogenesis of other fluid-filled cavities in the body, such as in lungs, kidneys and ears.

This research was coauthored by Chii Jou Chan, Maria Costanzo, Teresa Ruiz-Herrero, Gregor Mönke, Ryan J. Petrie, Martin Bergert, Alba Diz-Muñoz, and Takashi Hiiragi. It was supported in part by the MacArthur Foundation and the Radcliffe Institute for Advanced Study at Harvard University. 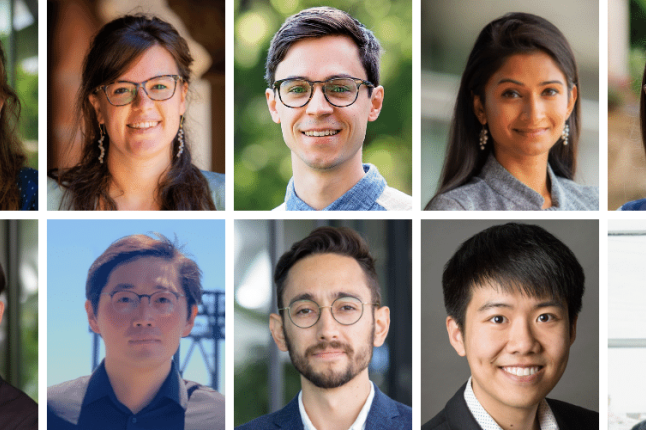