How the brain accounts for uncertainties in motor planning

In baseball, a pitch can take as little as 400 milliseconds to reach the plate. With a typical reaction time of 200 milliseconds and a swing of about 150 milliseconds, a batter must decide whether to swing and how to swing based only on the first 10 to 20 percent of the ball’s flight. At that point, there is still a lot of uncertainty about the pitch’s speed and trajectory. And yet, major league baseball hitters still manage to get hits about 25 percent of the time — 40 percent if it were Ted Williams or Tony Gwynn in their primes.

How batters and other athletes process this uncertain information has long fascinated scientists.

“The fact that humans can do this at all is an incredible feat,” said Laith Alhussein, a graduate student at the Harvard John A. Paulson School of Engineering and Applied Sciences (SEAS).

The mechanisms underlying these feats are at the center of new research from Alhussein and Maurice Smith, the Gordon McKay Professor of Bioengineering at SEAS. The research was published recently in the journal eLife.

The research resolves a long-standing question about how the brain selects an action to execute when there is uncertainty about its ultimate goal, providing fundamental insight into motor planning in the nervous system.

“In the real world, we often interact with dynamic environments that can change rapidly in unpredictable ways, and so understanding the mechanisms by which we tame this uncertainty is critical for understanding, in general, the mechanisms the brain uses to select and plan our actions in real time,” said Smith.

Previous research into motor planning during uncertainty suggested that the brain prepares for all potential goals in parallel and averages the motor plans to generate an intermediate movement that gets refined as additional information becomes available. If that were the case, a hitter’s brain would average all the possible places the pitch could go within the strike zone and generate a swing based on this average, and then tweak it a bit as the pitch gets closer and the swing unfolds.

But is that what the brain is actually doing?

“Although intermediate movements are widely observed, they could instead reflect a neural decision about the single best action choice at each point in time given the remaining uncertainty,” said Alhussein. “In our research, we systematically dissociate these possibilities using a novel experiment and find that when confronted with uncertainty, humans generate a single motor plan that optimizes task performance, rather than averaging potential motor plans.”

The researchers designed several different experiments in which participants were given two targets on a screen to aim for with a kind of robotic joystick. About a fifth of the way through each movement, one target would disappear, and the participant would need to capture the remaining target.  The participant never knew which target would disappear, so they had to aim in such a way that gave them the best chance of capturing either target given the uncertainty.  In one, the joystick would attempt to push them off target and the participant would have to compensate for the force. In another experiment, participants had to capture the target while avoiding an intervening obstacle.

“In all cases, we find clear evidence that, when faced with uncertainty, humans form a single motor plan that optimizes task performance at every level,” said Alhussein. “This approach chooses an initial action that maximizes for the eventual success of the task.”

The researchers also developed a computational model based on this performance-optimization theory that accounted for 80 to 90 percent of the variance for individual differences between participants.

“This work upends the decades-old theory of motor averaging and offers a mechanistic framework for understanding motor planning in the nervous system,” said Smith. “However, the mechanism by which the brain computes the single best action choice still remains to be uncovered.”

This work was supported by a grant from the National Institute on Aging (R01 AG041878). 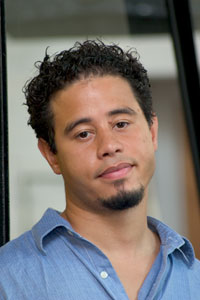