Seltzer received the award from SEAS Dean Cherry A. Murray during the SEAS All Hands meeting held on March 1.

The honor consists of an engraved bronze medal, a certificate of congratulations, her name listed on a plaque, and a monetary award in the form of a $3,000 honorarium. The central design of the medallion depicts an elder advisor and engaged youth. It is derived from a 1495 developmental sketch by Leonardo da Vinci, renowned European Renaissance designer, engineer, inventor and artist.

The goal is to encourage and recognize excellence and dedication to advising and mentoring at SEAS. Awardees are nominated by their peers. Last year’s medal went to faculty member Michael Brenner, Glover Professor of Applied Mathematics and Applied Physics and Associate Dean for Applied Mathematics.

Seltzer earned her Ph.D. in computer science in 1992 from University of California, Berkeley and her undergraduate degree from in applied mathematics from Harvard/Radcliffe College in 1983. Her work in log-structured file systems, databases, and wide-scale caching is especially well-known, and she was lead author of the BSD-LFS paper. Seltzer was a founder and CTO of Sleepycat Software, the makers of Berkeley DB and is now an Architect for Oracle Corporation.

She received a Sloan Foundation Fellowship in Computer Science, was named a Bunting Fellow, was the recipient of the 1996 Radcliffe Junior Faculty Fellowship, and received the University of California Microelectronics Scholarship. Seltzer, in recognition of her outstanding teaching, won the Phi Beta Kappa teaching award and the Abrahmson Teaching Award. She has also been actively involved in committees dedicated to enhancing undergraduate and graduate education at Harvard and improving the status of women in higher education.

Often referred to simply as the "McDonald Mentoring Award," the program recognizes and honors diverse professionals in engineering and the applied sciences who, as exemplary mentors and advisors, have significantly and consistently supported the personal and professional development of others. In a university setting, these efforts will have included students and colleagues. In industry, government, or service organizations, they may have included a variety of developing personnel.

Beginning with the first award in April 2005, the program is designed to celebrate annually those who have enduringly engaged minds, elevated spirits, and stimulated best efforts. It also aspires to help spread the virtues of excellent mentoring and advising in the engineering and applied sciences community.

The program is endowed by Capers W. McDonald and Marion K. McDonald to operate through six supporting institutions. An international recognition is part of the annual society-level award programs of the American Society of Mechanical Engineers. U.S. national honorees are recognized through the engineering honor society, Tau Beta Pi. Other outstanding mentors are selected annually through similarly-endowed institutional programs at Duke University, Harvard University, Johns Hopkins University, and Massachusetts Institute of Technology – universities where sponsor Capers McDonald has been privileged to have been a learner, either as a student or faculty member. 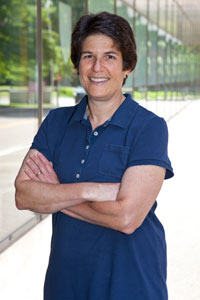