CAMBRIDGE, Mass. - April 11, 2010 - Two Harvard School of Engineering and Applied Sciences (SEAS) faculty members are among the two hundred and twenty-nine leaders in the sciences, the humanities and the arts, business, public affairs, and the nonprofit sector who have been elected members of the American Academy of Arts and Sciences.

The new Fellows and Foreign Honorary Members announced today join one of the world’s most prestigious honorary societies. A center for independent policy research, the Academy celebrates the 230th anniversary of its founding this year.

A complete list of the members is located here.

The elections of Weitz and Hu bring the total number of SEAS Academy members to 21.

“We are pleased to welcome these distinguished individuals into the Academy,” said Leslie Berlowitz, Chief Executive Officer and William T. Golden Chair. “We look forward to drawing on their knowledge and expertise to provide practical policy solutions to the pressing issues of the day.”

“The men and women we elect today are true pathbreakers who have made unique contributions to their fields, and to the world,” said Academy Chair Louis W. Cabot. “The Academy honors them and their work, and they, in turn, honor us.”

The new class will be inducted at a ceremony on October 9, at the Academy’s headquarters in Cambridge, Massachusetts.

Since its founding by John Adams, James Bowdoin, John Hancock and other scholar-patriots, the Academy has elected leading “thinkers and doers” from each generation, including George Washington and Benjamin Franklin in the eighteenth century, Daniel Webster and Ralph Waldo Emerson in the nineteenth, and Albert Einstein and Winston Churchill in the twentieth. The current membership includes more than 250 Nobel laureates and more than 60 Pulitzer Prize winners.

The Academy undertakes studies of complex and emerging problems. Its membership of scholars and practitioners from many disciplines and professions gives it a unique capacity to conduct a wide range of interdisciplinary, long-term policy research.Current projects focus on science and technology; global security; social policy and American institutions; the humanities and culture; and education. 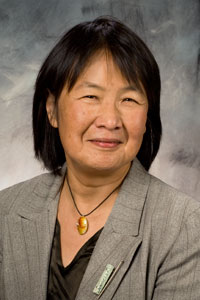 Tarr-Coyne Professor of Applied Physics and of Electrical Engineering 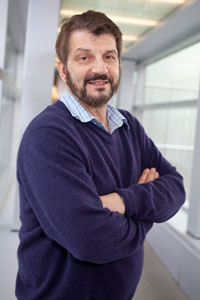