Cambridge, Mass. - March 7, 2012 - David C. Bell, an expert on imaging techniques for nanoscale research in applied physics and materials science, has been appointed Gordon McKay Professor of the Practice of Electron Microscopy at the Harvard School of Engineering and Applied Sciences (SEAS).

A physicist by training, Bell also manages the imaging and analysis facility at Harvard's Center for Nanoscale Systems, which is supported by the National Science Foundation (NSF).

Bell came to Harvard in August 2002 as a lecturer in applied physics. He currently teaches electron microscopy and biophysics to undergraduates and graduate students at Harvard, as well as the courses "Microfluidics Applications for Biological Analysis and Discovery" and "Nanotechnology for Drug Discovery and Delivery" at Harvard Extension School.

His research focuses primarily on the properties of nanomaterials and the imaging techniques that are used to study them. His areas of interest include the potential applications of nanocomposite materials—for example, in new types of optical devices. Bell also studies the theory and applications of aberration-corrected analytical electron microscopy; and charged-particle beam lithography, which uses high-energy electrons and ions to fabricate and modify nanoscale devices.

Bell serves as a Co-Principal Investigator for the Pan-American Network for Electron Microscopy and Spectroscopy of Nanomaterials, an NSF-funded project that unites advanced microscopy researchers at several U.S. institutions and in Brazil, Mexico, and Argentina.

Bell earned his Ph.D. in physics at the University of Melbourne and completed his postdoctoral study at the Massachusetts Institute of Technology. He is a fellow of the Royal Microscopical Society in the UK. 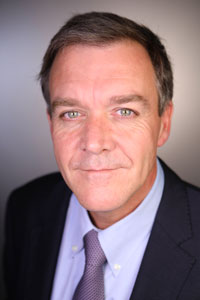 Gordon McKay Professor of the Practice of Electron Microscopy