Nurturing the seeds of innovation

From Cambridge to Silicon Valley and back again, Harvard’s resources and networks help students turn ideas into social change 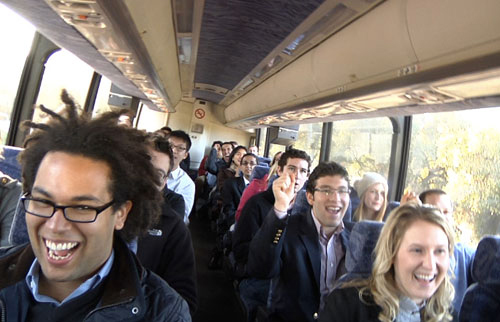 In business, one well-prepared conversation can change everything.

Rebecca Kantar '14 knows how that works. During a trip to Silicon Valley with other Harvard students in January, she sat down with a mentor to get advice on her young start-up, BrightCo.

She left that meeting with a verbal commitment for seed funding.

"I was in shock when I got back to the bus," she recalls with a laugh.

Serendipity will always play a role in entrepreneurship, but it takes far more than a fortuitous meeting to translate an idea into reality. For Kantar, that one moment was backed by months of network-building, ideation, and careful pitch preparation.

Here in Cambridge, an ever-expanding web of support, through teaching and advising, is helping students create new networks, gain hands-on experience, and ultimately make a difference in the world.

“In entrepreneurship, if you learn the process it doesn’t guarantee that you’ll succeed," explains Fawwaz Habbal, Executive Dean for Education and Research at the Harvard School of Engineering and Applied Sciences (SEAS). "But is it possible for me to help you through education to do extremely well? I think the answer is yes.”

“What these courses teach is extremely important; it’s how we generate ideas,” says Habbal. “It’s not sitting under a tree and waiting for an apple to fall on your head—that story is just not true. Newton spent 30 years working on that problem before it came to him, and Einstein did not simply come up with his ideas while he was an attorney reading patents.”

Increasingly, too, the engineering community at Harvard is blurring the lines between the classroom and the "real world," teaching and supporting the design process from idea to implementation. In most high schools (and many universities), what happens in the classroom stays in the classroom. That's not the case at SEAS, as freshmen soon find out.

During the winter, Hamed worked out some kinks in the project through Hack Harvard, a student group that collaborates on software and apps, receiving valuable feedback that helped him prepare for the Harvard College Innovation (I3) Challenge last spring. Aid Aide won at I3, and Hamed received the $10,000 McKinley Family Grant for Innovation and Entrepreneurial Leadership in a Social Enterprise.

“He’s an email away from a chat over coffee,” says Hamed, who is a computer science concentrator at SEAS. “He’s invaluable for connecting with HBS. He knows exactly who to talk to.”

That relationship proved critical when Hamed discovered, last summer, that another company was developing a financial aid website in the same niche as his own. With Rosenthal’s help, he met with the other company’s venture capitalists, considered moving out to Silicon Valley to join them, and eventually arranged a deal to merge the two projects—a decision which allowed him to return to school at Harvard in the fall.

The bond between Harvard and Silicon Valley is a close one. The region is home to a powerful network of alumni willing to offer mentorship to students and recent graduates who are dreaming big. Taking advantage of that network, SEAS and HBS recently came together to organize the trip to Palo Alto over winter break.

Led by SEAS’ Habbal and HBS’ Tom Eisenmann, in concert with the Harvard Innovation Lab (i-Lab), the Silicon Valley trip was a whirlwind tour. In just one week, 36 undergraduate and graduate students visited 14 technology companies, 5 venture capital firms, Stanford University’s design school, and still found time for 9 expert presentations and panel discussions, as well as meetings with mentors and alumni.

“Silicon Valley” these days is a misnomer, as the region is no longer dominated by electronics manufacturers. The industry has also shifted away from the purely commercial “dot-com” companies that flourished 10 to 15 years ago. Today, Silicon Valley is synonymous with web services like Facebook, Twitter, Yelp, Taskrabbit, and Cloudflare.

“That industry is bringing a lot of talent to Silicon Valley, and a very different type of talent than it was in the early 2000s,” says Habbal. “Our students in general are extremely well equipped to do a lot of it, both in engineering and on the business side.”

Lauren Dai ’13, for example, grew up with a flair for business. As a kid, she would convince her friends to help set up garage sales at her house, and in her teens she started a tutoring business.

“Those little things add up, and then you figure out you really like doing this,” she says, in something of an understatement.

An economics concentrator at Harvard, Dai has co-founded the Cabot Entrepreneurship Series, which brings faculty and alumni to Cabot House as occasional speakers. Last year, she also served on the executive board of Harvard Undergraduate Women in Business, raising more than $120,000 as the club’s fundraising chair. She’s now responsible for cultivating mentoring relationships with the group’s alumnae and advisory board.

Like many others, Dai took CS 50 and has found that the trip to Silicon Valley has further solidified her interest in technology entrepreneurship as a career.

“I had thought… that it really takes someone with a good idea—the Bill Gates, Mark Zuckerberg-type person—and because they have such a good idea, they’re going to drop out of college and start their own company,” she says. “But the majority of the entrepreneurs that I’ve met are not that type of person. It’s just that they’re very driven and passionate about running businesses.”

“I really like the concept of having your own ‘baby’ to grow,” Dai adds, “and it’s not really as much of a risk as people make it out to be.”

Of course, entrepreneurship does carry a certain amount of risk. Does chance favor the prepared mind, as Louis Pasteur once said?

Pondering this, Habbal recalls the student conversations he overheard on the bus rides between company visits in Silicon Valley:

“They started to think about their own potential businesses,” he says, “and when somebody suggested an idea, someone else would say, ‘But remember, that happened there, and it didn’t work.’”

For students like Dai and Hamed, Harvard provides an invaluable playground for experimentation and learning from trial and error. Between the Technology and Entrepreneurship Center at Harvard, the I3 Challenge, Hack Harvard, the President’s Challenge, and the Experiment Fund, the resources that support innovation right here in Cambridge are almost endless.

“We’re creating a generation of people who can deal with things beyond the classroom, whether it’s in doing design or trying to put it to work, to engage with the world,” says Habbal. “That’s extremely important.” 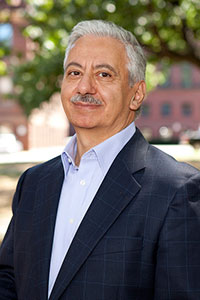