Cambridge, Mass. – July 29, 2015  - Harvard President Drew Faust has approved Eddie Kohler for promotion to the role of full professor with tenure at the Harvard John A. Paulson School of Engineering and Applied Sciences (SEAS).

Kohler, the Microsoft Professor of Computer Science at SEAS, specializes in building high-performance software systems that are easy for programmers to use and understand. He has worked on high-performance databases, networking code, and secure operating systems.

Kohler cofounded Mazu Networks, an application performance reporting and analytics company, and served as its chief scientist until it was acquired in 2009 by IT infrastructure performance company Riverbed Technology. He also served as senior member of technical staff at Meraki, a wireless networking startup that was acquired by Cisco Systems in 2012.

He has received numerous accolades for his work developing an operating system that limits the effects of exploitable software security flaws. In 2007, Kohler received a Presidential Early Career Award for Scientists and Engineers from the National Science Foundation and was granted a fellowship from the Alfred P. Sloan Foundation. In 2014, he was awarded the Association for Computing Machinery's Special Interest Group on Operating Systems (SIGOPS) Mark Weiser Award, which is given annually to an individual who has demonstrated creativity and innovation in operating systems research. 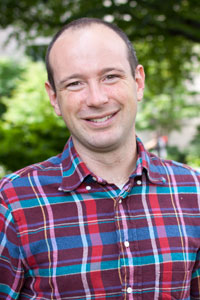