Harvard President Drew Faust has approved Stephen Chong for promotion to the role of full professor with tenure at the Harvard John A. Paulson School of Engineering and Applied Sciences (SEAS).

He leads the development of several information security projects, including Shill, which is a secure shell scripting language, and Accrue, which provides language-based security guarantees that are proportional to programmer effort.

He earned a B.A. in math and science and a B.Sc. in computer science from Victoria University of Wellington, New Zealand, and a Ph.D. in computer science from Cornell University. Prior to his appointment at SEAS, he was a visiting scholar at Pomona College and a Research Associate at the University of New South Wales. He has also worked as an information technology consultant and contractor.

Chong is a recipient of the National Science Foundation (NSF) CAREER Award, an AFOSR Young Investigators Award, and an Alfred P. Sloan Research Fellowship. He has served on a number of panels and committees, most recently as co-chair of the NSF Workshop on Formal Methods for Security. 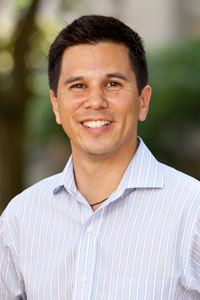