The Harvard grad student, poised to depart the John A. Paulson School of Engineering and Applied Sciences with an environmental science and engineering Ph.D., has always set her sights on her next opportunity to have an impact.

Born in Buenos Aires, Barrera immigrated to California with her family when she was 7; her parents made the tough decision to leave their home without any strong stateside connections because, as the Argentinian economy eroded, they saw dwindling educational and employment opportunities for their daughter and son.

“My parents have so much courage and love,” Barrera said. “To be the first to move your entire family is something special. It is not just survival; they believed in a greater dream and never stopped pursuing it.” 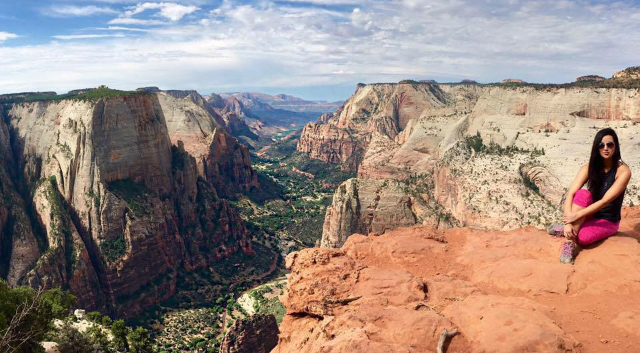 Barrera drew inspiration from their sacrifices, becoming a dedicated student who did not shy away from the complex problems of engineering and chemistry. The first in her family to attend college, she pursued her passions over peer pressure, and chose to study chemical engineering at the University of California at Irvine.

After the end of her freshman year, she met Donald Blake, a professor who studied air pollution. “I was so inspired by his work that I approached him out of the blue,” she said. “I told him that I was fascinated by his research and I wanted to be a part of it. Since high school, I had been looking for a place to make impact, helping people and protecting the environment.” 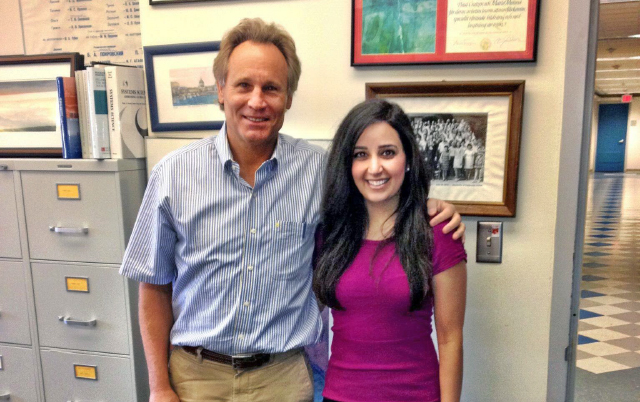 Each research experience, from basic science to applications of fuel cell technology to the red tape of public policy, fueled her desire to dig deeper.

“I love learning and I’m not afraid of failing. It’s the only way to grow and learn,” she said. “I understand that science is always changing and something new can suddenly appear. I’m drawn to that process of discovery.”

Rather than diving straight into a Ph.D. program, Barrera worked in industry to broaden her perspective on practical environmental challenges. She spent almost five years at environmental consulting firms in southern California, helping aerospace firms and the oil and gas industry comply with air quality rules and regulations.

“The most valuable lesson I learned was that models and tools available to consultants to assess health risks and air pollution emission in cities have limitations,” she said. “Industry wants to take action to protect public health and the environment; they just need practical guidance. ”

She brought that mindset to Harvard, where she joined the lab of Steve Wofsy, Abbott Lawrence Rotch Professor of Atmospheric and Environmental Science. Her current work involves the application of light detection and ranging (LiDAR) technology to study air pollution in cities. Barrera uses a laser to take continuous measurements of the backscattering of aerosols to identify atmospheric structures, critical to testing and improving atmospheric transport models. 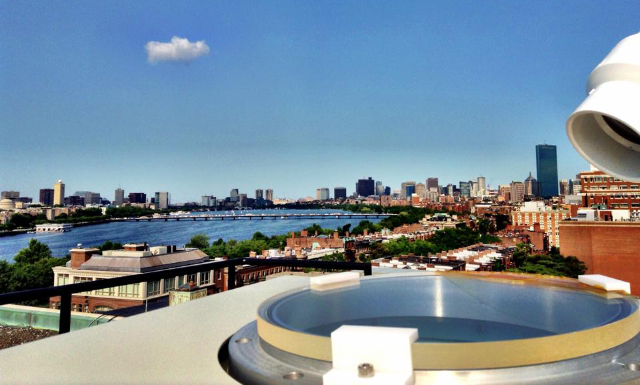 She studies the planetary boundary layer, which is directly above the planet’s surface and traps the air pollution people breathe. In constant motion, this atmospheric layer is where air pollutants mix and as a result, concentrations change as the layer expands and collapses throughout the day.

“If numerical weather prediction models that the EPA uses don’t accurately simulate the height of this layer during the day, they are not going to accurately estimate what air quality is like on the ground,” she said. “With LiDAR we can estimate where this layer is in cities, and test the performance of these models at urban and regional scale.”

She developed an algorithm to process three years of atmospheric images over Boston and Mineola, New York. As she studied the data, she noticed occasionally high concentrations of aerosols over Boston at night, which seemed strange since the city, which lacks heavy industry, generates most air pollution during daytime hours.

Barrera tracked an ensemble of 500 particles backwards in time and found that the nighttime pollution was pointing to source regions in Pennsylvania, New York, and Canada. Results matched with research from the Harvard T.H. Chan School of Public Health, which showed that roughly 50 percent of pollution over Boston is generated elsewhere. It also sparked her interest in a research collaboration.

She recently joined forces with Petros Koutrakis, Professor of Environmental Sciences at the Chan School, to use LiDAR technology and her transport models to enhance his team’s air pollution research. Koutrakis used satellite data to develop a particle emission inventory of the northeast, but information from high-resolution in-situ observations using LiDAR technology and a powerful Lagrangian particle dispersion model will be used to test and potentially improve the spatial and temporal resolution of this inventory.

If this work is successful, results could enable greater uses in the public health sphere.

“Considering the current state of politics and the United States pulling out of the Paris climate accord, cities are deciding to take action on climate change,” she said. “If we, as scientists, give local government workers best available information that could help them improve areas where people are suffering from air pollution, or find ways to implement effective urban planning, we can really go somewhere.” 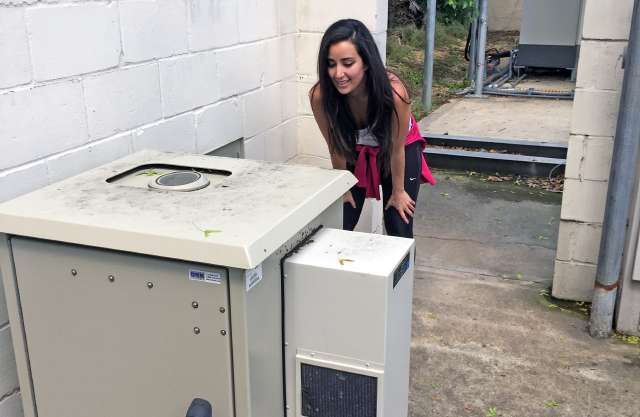 The LiDAR equipment Barrera uses will take continuous measurements of the backscattering of aerosols to identify atmospheric structures. (Photo provided by Yanina Barrera.)

For Barrera, the chance to improve health and quality of life is one way she hopes to pay-forward the educational and career opportunities she has enjoyed.

She overcame her share of bumps along the way. For instance, by beginning a Ph.D. after being out of academia for five years, she had to quickly get up to speed with atmospheric science training, while learning to code from scratch. Overcoming those hurdles gives her more resolve to make an impact with her life and career, she said.

As she nears the completion of her Ph.D., Barrera has not yet mapped out her future. Serving as the wellness tutor for undergraduates at Lowell House for the past few years has helped her see that pressuring oneself to follow a certain path or career can be detrimental.

Her advice to Harvard undergraduates is the same she intends to follow now.

“Life is short and we shouldn’t forget to enjoy the process. Sometimes, that means you need to let go, not focusing so much on a plan or a path, but letting life surprise you. With each new and different experience, you discover something about yourself and science works the same way,” she said. “Being a first generation immigrant, and a woman in STEM, one thing I’ve always set out to do is to not let others define me. What is most important is to be your unmistakable self, and learn to love that and appreciate that.”

Read more about Barrera’s experiences on her blog. 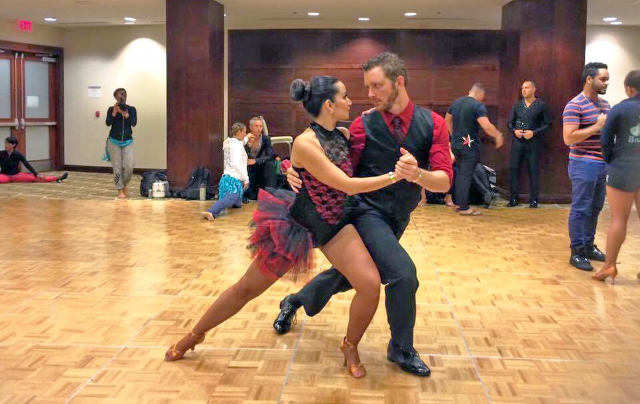 Barrera says her passion for dance helps her to be her 'unmistakeable self.' (Photo provided by Yanina Barrera.) 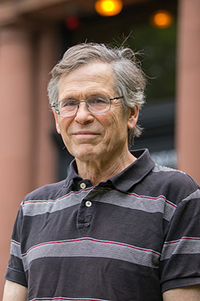