Rolling toward a user-friendly commute

For city dwellers, life without an automobile can be filled with daily headaches and frequent inconveniences. Everyday tasks, like lugging a few grocery bags from the nearest market to a walk-up apartment, become a pain in the neck.

Major U.S. cities, designed with automobiles in mind, are mostly set in concrete, but innovative technology offers human-centric travel solutions for car-choked urban grids. Piaggio Fast Forward (PFF) is pioneering the intelligent movement of people and goods at an optimal scale—larger than aerial drones, but smaller than cars. PFF is an initiative of the Italy’s Piaggio Group motorcycle conglomerate. The startup was co-led through product launch by Beth Altringer, Senior Preceptor in Innovation and Design at the Harvard John A. Paulson School of Engineering and Applied Sciences (SEAS) and core faculty member of Harvard’s new engineering MS/MBA program. 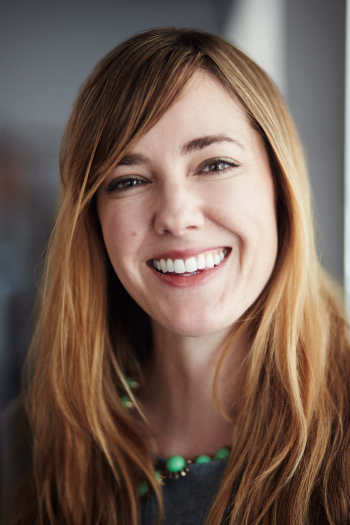 The startup’s first product, Gita, is an autonomous, mobile cargo robot engineered to accompany an individual as he or she navigates through complex indoor and outdoor spaces. As the round, three-foot-high robot trails a user, it creates a 3D map of its surroundings using sophisticated sensors. It is designed to follow and free the hands of its human owner, but it can also use its maps to travel autonomously between waypoints in previously explored areas, detecting and avoiding obstacles along the way.

“Gita exemplifies this vision of a more human-centric city because it is specifically designed for neighborhood-scale distances, and to carry the most common loads of cargo,” said Altringer. “Most human cargo is about the size of two large shopping bags—much smaller than the cargo space inside a car. If we want to encourage people to walk more, and to be more car-free, we need to find new ways to help them manage cumbersome loads as they move comfortably around town. Gita is a small cargo bot that can carry over 40 pounds of cargo for you while you walk home from work, stop at the grocery store, go for a jog, or ride around your bike.”

Altringer, Chief of Design Research for PFF, joined the team when the startup was in its infancy in 2015, at the invitation of CEO Jeffrey Schnapp, Professor of Romance Languages and Literature, Director of the metaLAB at Harvard, Affiliate of the Graduate School of Design, and Faculty Co-Director of the Berkman Klein Center for Internet and Society. The initial team explored hundreds of project directions and spent six months testing ideas before opting to pour all their energy into developing Gita, building and launching the robot in about a year.

Throughout the process, they were careful to keep each design element user-friendly. For instance, colored LED strips on the wheels indicate whether the robot is operating normally, or having a technical issue. Gita’s intuitive touch-screen streamlines human-computer interaction, and the robot will follow a user at the touch of one button. 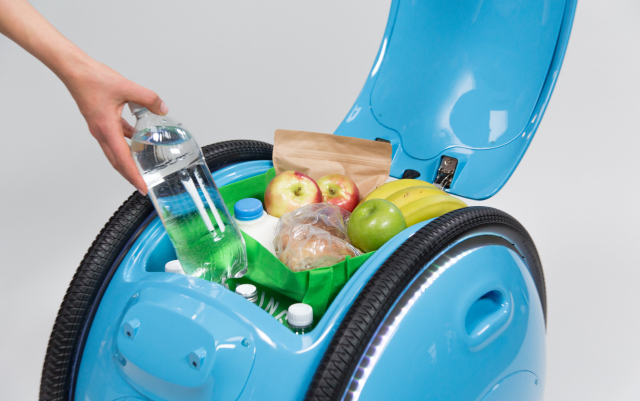 Gita's secure cargo space is about the size of a case of wine and can hold 40 pounds. (Photo courtesy of Piaggio Fast Forward.)

As a PFF summer intern, student Tallulah Axinn, A.B. ’18, an applied math concentrator, conducted light and sound engineering for some of those user-friendly features.

“One of the biggest challenges was the fact that we were working in such a new field. It was hard to know what would best serve the user in this very new space,” Axinn said. “But I really liked the emphasis PFF put on both the short and long-term development of Gita. It was not just about creating something that worked, but about creating something beautiful that fit seamlessly into the user's life.”

The large, bicycle-like wheels are designed to operate in ADA-compliant indoor, outdoor, and irregular surface areas. With max speeds of 22 miles-per-hour, Gita matches the full range of human mobility, from a leisurely jaunt to a vigorous bike ride. The secure cargo space is the size of a case of wine.

The team is working to fine-tune those elements as they continue rolling out upgraded versions of Gita, while keeping their eyes on opportunities for new features. Since the launch, Altringer has been busy co-developing the MS/MBA program with colleagues at SEAS and Harvard Business School. Her work at PFF has changed as the company shifts its focus to production. Currently, she is looking at the human side of mobility and how to extend it. 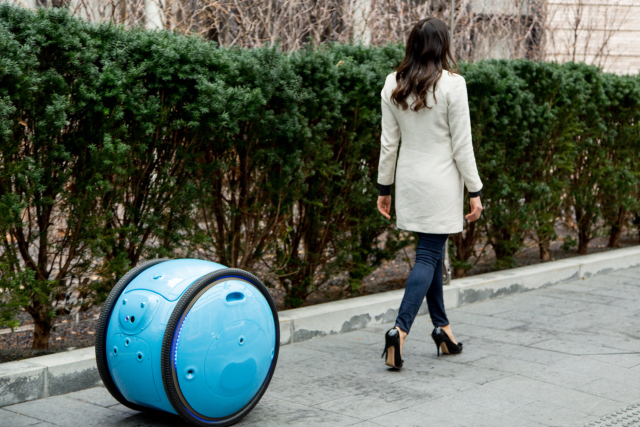 With max speeds of 22 miles-per-hour, Gita matches the full range of human mobility, from a leisurely jaunt to a vigorous bike ride. (Photo courtesy of Piaggio Fast Forward.)

“Lifting 10 pounds can be very easy for one person, but a totally different experience for another person,” she said. “We are interested in augmenting and extending people’s capacity. In the future, I hope that our work matures to a point where we are providing real value and helping all types of people move comfortably through cities and suburbs. Kids, teens, adults, parents, and senior citizens have many different mobility needs. I’d like to see robots like we are building eventually help make cities more accessible and comfortable for everyone. I think people will surprise us when we give them the tools to personalize their journeys and extend their mobility in new ways.”

As Altringer and her colleagues look to the future, they see burgeoning opportunity for PFF to bring Gita to new markets all over the world. The startup has already outgrown two offices. It is currently based in a large office block in Charlestown, Mass., and will soon outgrow that space, too. The company’s rapid growth provides initial confirmation that Gita is on track to meet underserved needs, Altringer said. She hopes the success of Gita will inspire infrastructure changes in urban areas, a renewed focus on human-centered planning decisions, more physical movement, and, ultimately, a future where travel and commuting are less onerous.

“Most Americans spend time commuting and don’t enjoy it. It’s a very stressful part of the day,” she said. “PFF is pursuing a vision of what future mobility might look like. It’s an exciting time to do more for more people, and it’s been fun to be part of a company that takes that seriously.”