The changing chemistry of the Amazonian atmosphere

Pollution and urbanization are impacting the atmospheric chemistry of the rainforest

How do you measure a chemical compound that lasts for less than a second in the atmosphere?

That’s the question atmospheric chemists have been trying to answer for decades. The compound: hydroxyl radicals — also known as OH radicals. These oxidizing chemicals are vital to the atmosphere’s delicate chemical balance, acting as natural air scrubbers to remove organic compounds and greenhouse gasses such as formaldehyde and methane from the atmosphere. But OH radicals also initiate reactions leading to secondary pollutants that affect human health and climate, such as organic particulate matter and ozone.

Researchers have been debating whether pollutants emitted from human activities, in particular nitrogen oxides (NOx), can affect levels of OH radicals in a pristine atmosphere, but quantifying that relationship has been difficult. Now, researchers from the Harvard John A. Paulson School of Engineering and Applied Sciences (SEAS) have quantified the effect of NOx pollution on OH radicals in the Amazon rainforest.

The research is published in Science Advances.

While a remote and seemingly sparsely populated rainforest might seem like a strange place to study the effects of human pollution, the Amazon is actually home to one of the fastest growing cities in the world: Manaus, Brazil. Manaus, with more than 2 million people, has seen a boom in a range of industries from petroleum refining and chemical manufacturing to mobile phone manufacturing, ship building and tourism.

That growth has led to substantial amounts of pollution released into the atmosphere and when it moves downwind and meets the pristine air from the rainforest, it creates a real-world laboratory for atmospheric chemists. That laboratory is the perfect spot to study the impact of pollution on OH concentrations, as it is easy to distinguish unpolluted regional air, from air that had passed over Manaus.

“Because we were able to contrast unpolluted air with polluted air, this research has given us a great opportunity to understand how pollution from human activity will affect the atmospheric chemistry, especially with continued urbanization of forested areas,” said Yingjun Liu, a former graduate student at SEAS and first author of the paper.

The researchers measured levels of isoprene, a chemical compound naturally emitted by trees, as well as levels of major OH oxidation products of isoprene. As OH concentration increases, the ratio of oxidation products to isoprene increase in the atmosphere.  The researchers were able to infer OH concentrations from the measured product-to-parent ratio, using a delicate model that took many confounding factors into account.

“Our research shows that the oxidation capacity over tropical forests is susceptible to anthropogenic NOx emissions,” said Scot Martin, the Gordon McKay Professor of Environmental Science and Engineering and Professor of Earth and Planetary Sciences at SEAS and senior author of the paper. “In the future, if trends of deforestation and urbanization continue, these increased levels of OH concentrations in the Amazon atmosphere could lead to changes in atmospheric chemistry, cloud formation, and rainfall.”

This research was co-authored by Roger Seco, Saewung Kim, Alex B. Guenther, Allen H. Goldstein, Frank N. Keutsch, Stephen R. Springston, Thomas B. Watson, Paulo Artaxo, Rodrigo A. F. Souza and Karena A. McKinney. It was supported in part by the Department of Energy, the National Science Foundation, the Amazonas State Research Foundation and the São Paulo State Research Foundation. 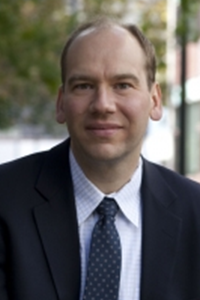