Kevin Ma’s parents immigrated to the U.S. with little more than the clothes on their backs, fleeing the terrifying violence caused by the Vietnam War.

With few resources, they raised their son in a warm, but frugal household, which forced Ma, Ph.D. ’15, to forgo conventional kid toys for more accessible pursuits.

“I learned to make do with very little and work within a lot of constraints,” he recalled. “One of the more cost effective ways to build things, when you have little to work with, is to use paper. I spent a lot of my childhood working with origami and getting very good at paper craft. That set in motion my interest in mechanical structures, because while paper is, at first glance, very thin and flimsy, you can actually bend it, fold it, and shape it into much more complex and multifunctional structures.”

Growing up in the tech-focused Bay Area, Ma wanted to build more ambitious devices than origami structures, and joined his high school robotics team. He quickly developed a passion for mechanical engineering that inspired him to major in the field at the University of California, Berkeley. 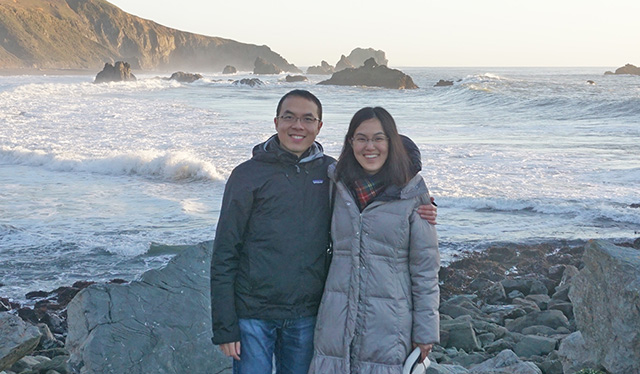 Ma and his wife stand on a rocky beach in Northern California. (Photo provided by Kevin Ma)

His interest in building interesting, moving things led him to the lab of electrical engineering professor Ron Fearing, who had developed a mechanical flying insect. Ma found the perfect outlet for his creativity as he helped explore a new manufacturing process.

“They had to invent new processes for manufacturing things at the small scale, and those processes happened to look very similar to origami and paper folding, and the use of thin materials to create stiff, 3D structures and moving joints,” he said.

For more than two years, Ma explored the design and construction of a robotic hummingbird, applying paper-folding techniques to build a lightweight system with a motor, transmission, and wings that could rival the 70-times-per second flapping motion of hummingbirds.

He faced constant challenges in creating structures from paper-thin materials that could lift their own weight. And in fitting such complex behaviors within small volumes, he drew on his childhood experiences as he investigated the mechanics of flying robots.

“After spending a lot of time looking at origami how-tos and arts and crafts books, building things that others had designed, I wanted to build things that people hadn’t already designed,” he said. “I wanted to push the limits of what I or anyone else had seen before.”

With that desire in mind, Ma decided to pursue a mechanical engineering Ph.D. at the Harvard John A. Paulson School of Engineering and Applied Sciences and Graduate School of Arts and Sciences. He joined the lab of Rob Wood, Charles River Professor of Engineering and Applied Sciences, who was applying similar principles on a much smaller scale to develop the Robobee, the successor to Fearing’s micromechanical flying insect. 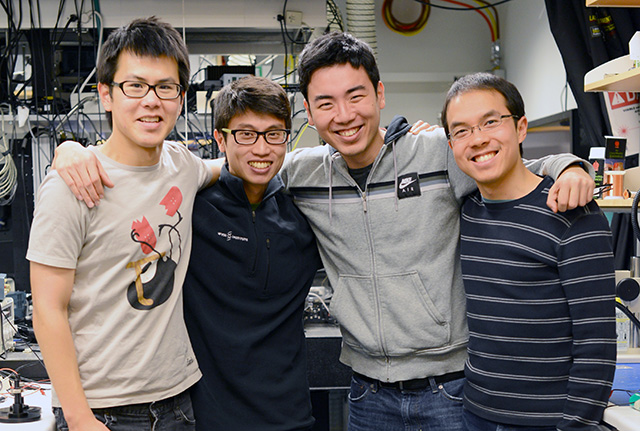 Researchers in the Wood lab sought to build robotic bees that have the same maneuverability and dexterity as real bees and could work together in a colony, to perform tasks like environmental monitoring and even industrial-scale crop pollination.

Ma designed and manufactured the aeromechanical systems for the robotic platform that would lift and carry a payload of miniaturized technologies, enabling the robotic bees to perform their work.

“As I got deeper into trying to make this work, I had to study the animals themselves. I took an integrative biology course and read up on much of what biologists have been able to ascertain about how bees fly,” he said.

For instance, bees flap their wings more than 150 times per second. Recreating such fast, strong, and precise motions in a miniscule volume, with mechanisms that the naked eye can barely see, was a core challenge of Ma’s work.

“The early prototypes would often tear themselves apart in seconds,” he said. 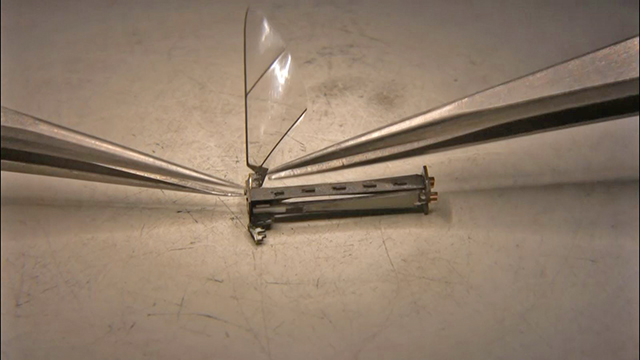 Early work on the Robobee involved intensive manual assembly and surgical precision with tweezers under a microscope. (Photo provided by Kevin Ma)

He was often forced to design the tools he needed to fabricate a specific part. His creative background proved to be essential as he ventured into uncharted research territory.

Ma planned to continue in academic research, but feeling a desire to make a more immediate impact on the world, he joined the startup Dishcraft Robotics two years ago as a senior mechanical engineer.

The firm is bringing robotic technology into commercial kitchens, integrating robotic automation into spaces that haven’t received major innovation in more than half a century.

“It’s exciting to look at innovating what most people might think of as very routine activities, but which are very necessary. Everybody has to eat, so the kitchen is the site of a lot of activity that affects all our lives,” he said. “This is a chance to look at this otherwise ordinary space with a new lens¾the lens of mechanisms, automation, and robotics.” 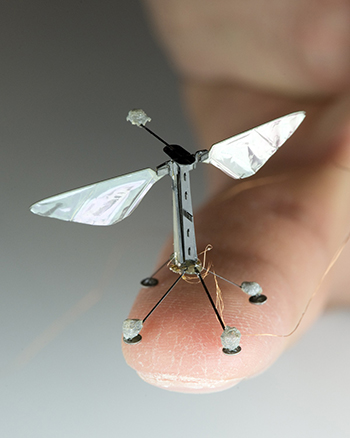 Commercial kitchens are ideal places for automation because of the fast-paced but repetitive nature of tasks. Considering that a large amount of material handling occurs in spaces that are often poorly designed, cramped, hot, humid, and slippery, one can see how robots could improve the health and safety of workers, he said.

As Dishcraft perfects its products and prepares to enter the marketplace, Ma remains fascinated by the complexity of the problems at hand.

“All my life, I’ve been passionate about working on things that haven’t been worked on before,” he said. “Now I have a chance to make a big impact on the architecture of the next-age kitchen space. That is very engaging and exciting to me.”

Have you made the headlines? Do you have news to share with your classmates and colleagues? Send your news items and photos to azewe@seas.harvard.edu.