Environmental factors, such as rising sea temperatures and over-fishing, impact levels of mercury in fish

Add another item to the ever-growing list of the dangerous impacts of global climate change: Warming oceans are leading to an increase in the harmful neurotoxicant methylmercury in popular seafood, including cod, Atlantic bluefin tuna and swordfish, according to research led by the Harvard John A. Paulson School of Engineering and Applied Sciences (SEAS) and the Harvard T. H. Chan School of Public Health (HSPH). 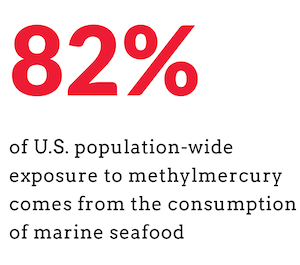 “This research is a major advance in understanding how and why ocean predators, such as tuna and swordfish, are accumulating mercury,” said Elsie Sunderland, the Gordon McKay Professor of Environmental Chemistry at SEAS and HSPH, and senior author of the paper.

“Being able to predict the future of mercury levels in fish is the holy grail of mercury research,” said Amina Schartup, former research associate at SEAS and HSPH and first author of the paper. “That question has been so difficult to answer because, until now, we didn’t have a good understanding of why methylmercury levels were so high in big fish.”

It’s been long understood that methylmercury, a type of organic mercury, bioaccumulates in food webs, meaning organisms at the top of the food chain have higher levels of methylmercury than those at the bottom. But to understand all the factors that influence the process, you have to understand how fish live.

If you’ve ever owned a goldfish, you know that fish do pretty much two things: eat and swim. What they eat, how much they eat, and how much they swim all affect how much methylmercury fish will accumulate in the wild.

Let’s start with what fish eat.

The researchers analyzed 30 years of ecosystem data from the Gulf of Maine, including an extensive analysis of the stomach contents of two marine predators, Atlantic cod and spiny dogfish from the 1970s to 2000s.

The researchers modeled methylmercury levels in cod based on their diet and results indicated levels were 6 to 20 percent lower in 1970 than they were in 2000. Modeled concentrations of methylmercury in spiny dogfish, however, were 33 to 61 percent higher in 1970 compared to 2000 despite living in the same ecosystem and occupying a similar place in the food web. What accounts for these differences?

In the 1970s, the Gulf of Maine was experiencing a dramatic loss in herring population due to overfishing. Both cod and spiny dogfish eat herring. Without it, each turned to a different substitute. Cod ate other small fish such as shads and sardines (small herring), which are low in methylmercury. Spiny dogfish however, substituted herring with higher in methylmercury food such as squid and other cephalopods.

There’s another factor that impacts what fish eat: mouth size.

Unlike humans, fish can’t chew – so most fish can only eat what fits in their mouth whole. However, there are a few exceptions. Swordfish, for example, use their titular bills to knock down large prey so they can eat it without resistance. Cephalopods catch prey with their tentacles and use their sharp beaks to rip off mouthfuls. 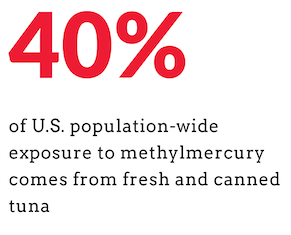 s always been a problem modeling methylmercury levels in organisms like cephalopods and swordfish because they don’t follow typical bioaccumulation patterns based on their size,” said Sunderland. “Their unique feeding patterns means they can eat bigger prey, which means they’re eating things that have bioaccumulated more methylmercury. We were able to represent that in our model.”

But what fish eat isn’t the only thing that impacts their methylmercury levels.

When Schartup was developing the model, she was having trouble accounting for the methylmercury levels in tuna, which are among the highest of all marine fish. Its place on the top of the food web accounts for part of this but doesn’t fully explain just how high its levels are. Schartup solved that mystery with inspiration from an unlikely source: swimmer Michael Phelps.

“I was watching the Olympics and the TV commentators were talking about how Michael Phelps consumes 12,000 calories a day during the competition,” Schartup remembered. “I thought, that’s six times more calories than I consume. If we were fish, he would be exposed to six times more methylmercury than me.”

As it turns out, high-speed hunters and migratory fish use a lot more energy than scavengers and other fish, which requires they consume more calories.

“These Michael Phelps-style fish eat a lot more for their size but, because they swim so much, they don’t have compensatory growth that dilutes their body burden. So, you can model that as a function,” said Schartup.

Another factor that comes into play is water temperature; as waters get warmer, fish use more energy to swim, which requires more calories.

The Gulf of Maine is one of the fastest warming bodies of water in the world. The researchers found that between 2012 and 2017, methylmercury levels in Atlantic bluefin tuna increased by 3.5 percent per year despite decreasing emissions of mercury.

Based on their model, the researchers predict that an increase of 1 degree Celsius in seawater temperature relative to the year 2000 would lead to a 32 percent increase in methylmercury levels in cod and a 70-percent increase in spiny dogfish.

The model allows the researchers to simulate different scenarios at once. For example: 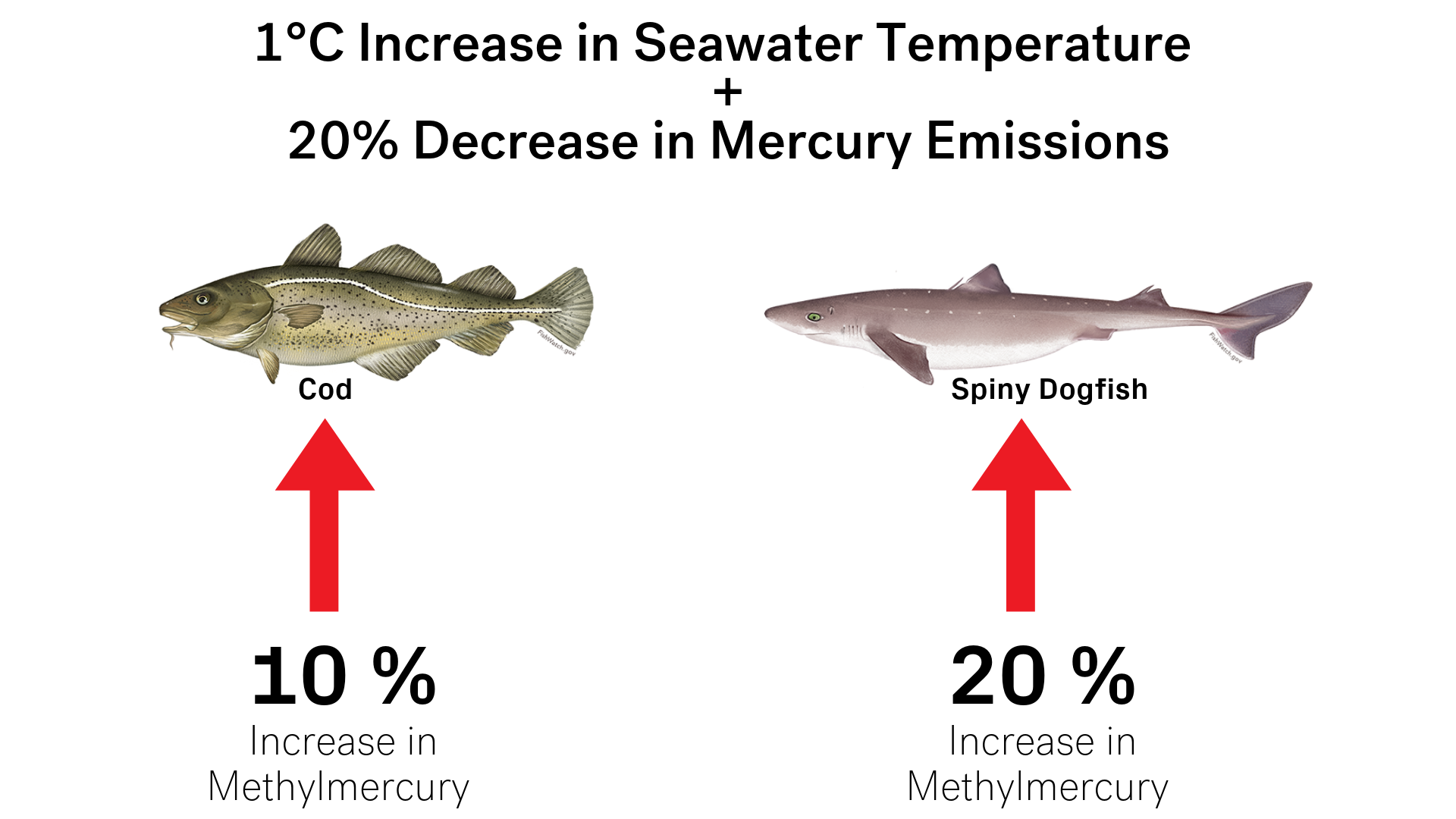 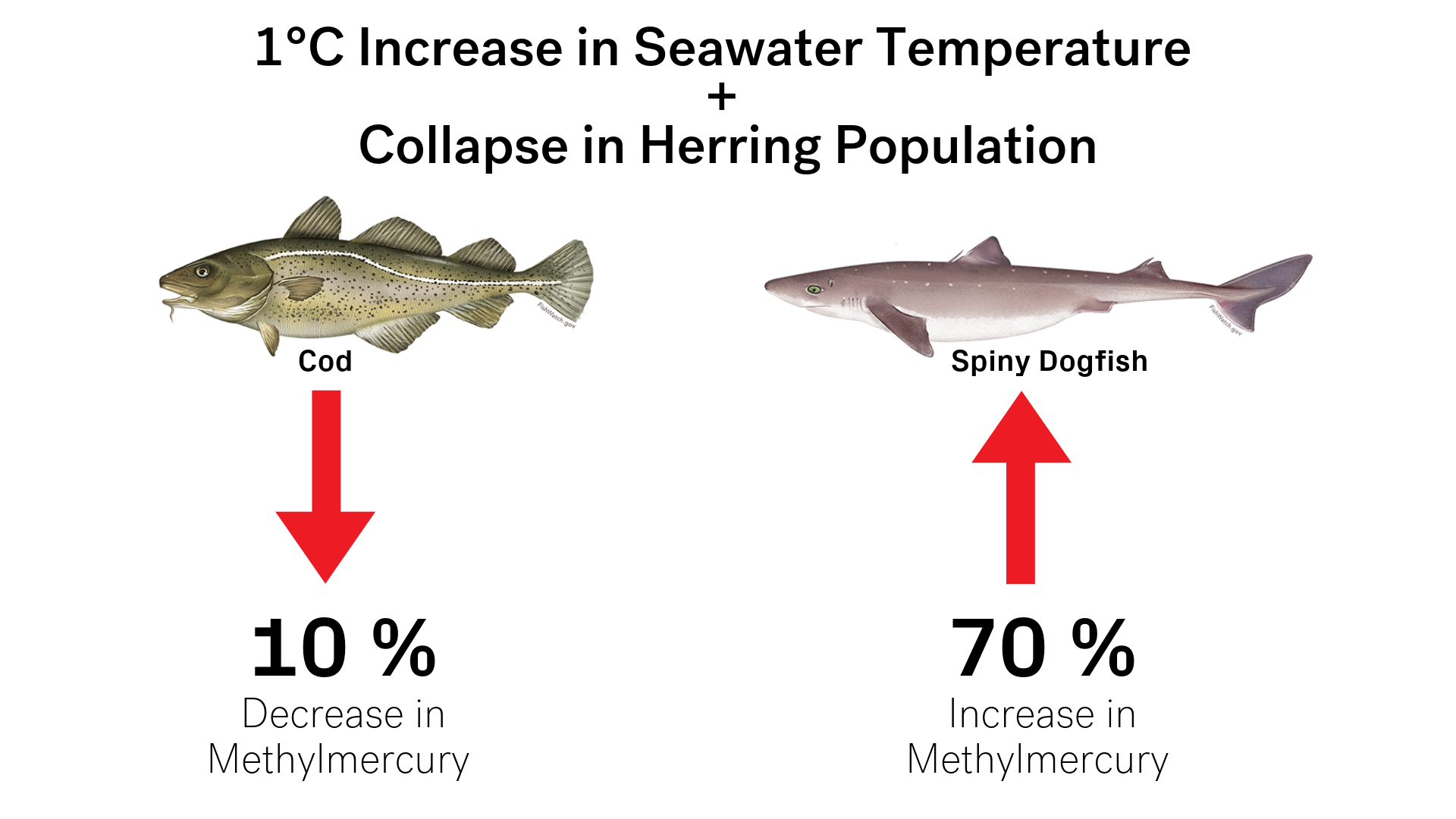 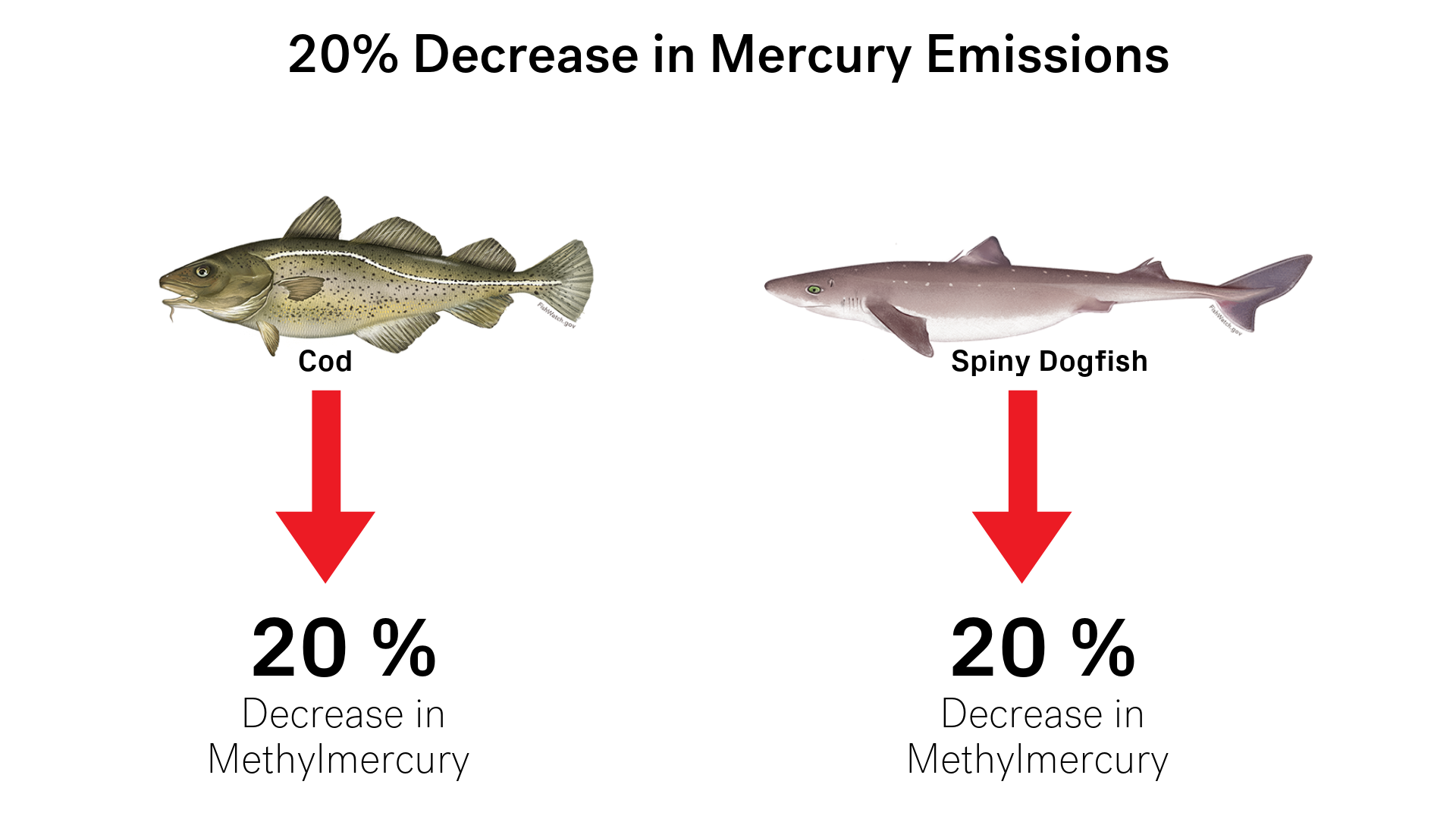 “This model allows us to look at all these different parameters at the same time, just as it happens in the real world,” said Schartup.

“We have shown that the benefits of reducing mercury emissions holds, irrespective of what else is happening in the ecosystem. But if we want to continue the trend of reducing methylmercury exposure in the future, we need a two-pronged approach,” said Sunderland. “Climate change is going to exacerbate human exposure to methylmercury through seafood, so to protect ecosystems and human health, we need to regulate both mercury emissions and greenhouse gases. It is important also to remember that fish are a very healthy food overall and when people switch away from fish in their diet they generally pick less healthy alternatives. We can all agree less methylmercury in these fish in the future would be a good thing.”

This study was co-authored by Colin P. Thackray and Clifton Dassuncao, of SEAS and HSPH;  Asif Qureshi, of the Department of Civil Engineering, Indian Institute of Technology Hyderabad, Kandi, India; and Kyle Gillespie and Alex Hanke of Fisheries and Oceans Canada. This research was supported in part by the US Environmental Protection Agency, the US National Science Foundation and the Nereus Program sponsored by the Nippon Foundation.