A better understanding of crop yields under climate change

You don’t need a PhD in agriculture to know that water is critical to crop production. But for years, people like Jonathan Proctor, who has a PhD in Agriculture and Resource Economics from the University of California Berkeley, have been trying to explain why the importance of water isn’t showing up in statistical models of crop yield.

“Studies analyzing how crop yields respond to temperature and rainfall tend to find that temperature matters much more than water, even though we understand from plant physiology that temperature and water supply are both really important for crops,” said Proctor, a postdoctoral fellow in Prof. Peter Huybers’ group at the Harvard John A. Paulson School of Engineering and Applied Sciences (SEAS). “Solving this puzzle is critical for quantifying how climate change will affect global crop yields.”

The research team had a hypothesis: What if the models were measuring the wrong type of water? Rather than measuring precipitation, as previous studies had done, the Harvard team used satellites to measure soil moisture around the root zone for maize, soybeans, millet, and sorghum growing around the world.

The team found that models using soil moisture explain 30% to 120% more of the year-to-year variation in yield across crops than models that rely on rainfall.

Using satellite-derived observations of soil moisture together with a statistical approach, the team was able to better separate and understand the individual influences of temperature and water supply on yield, which are often confused because heat and dryness are strongly correlated.

Specifically, the team found extreme heat to be less damaging to crop yields than previous models estimated, which lowered projected damages from warming. But the team also found heightened sensitivity to drought and flooding.

“When it comes to predicting agricultural productivity in a changing climate, we need to consider how temperature and water availability will evolve together,” said Huybers, Professor of Environmental Science and Engineering at SEAS and Earth and Planetary Sciences. “In comparison to temperature, changes in water availability will be more regional and seasonal, such that regional planning and management strategies come more to the fore in coping with climate change.”

The team plans to use this improved understanding of how soil moisture and temperature influence global agricultural productivity to explore how climate change may affect other aspects of human wellbeing, such as migration decisions or the stability of food supplies.

The paper was published in Nature Food.

The research was co-authored by Angela Rigden and Duo Chan.

It was supported by the Harvard Google Data+Climate Project. 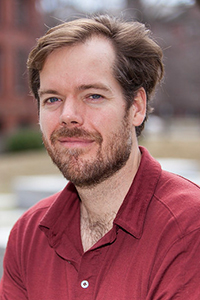