Researchers from the Harvard John A. Paulson School of Engineering and Applied Sciences (SEAS) found large quantities of previously undetectable compounds from the family of chemicals known as PFAS in six watersheds on Cape Cod using a new method to quantify and identify PFAS compounds. Exposures to some PFAS, widely used for their ability to repel heat, water, and oil, are linked to a range of health risks including cancer, immune suppression, diabetes, and low infant birth weight.

“We developed a method to fully capture and characterize all PFAS from fire-retardant foams, which are a major source of PFAS to downstream drinking water and ecosystems, but we also found large amounts of unidentified PFAS that couldn’t have originated from these foams,” said Bridger Ruyle, a graduate student at SEAS and first author of the study. “Traditional testing methods are completely missing these unknown PFAS.”

The research will be published in Environmental Science & Technology.

PFAS — per- and polyfluoroalkyl substances — are present in products ranging from fire retardant foams to non-stick pans. Nicknamed “forever chemicals” due to their long lifespan, PFAS have been building up in the environment since they were first used in the 1950s.

Despite the associated health risks, there are no legally enforceable federal limits for PFAS chemicals in drinking water. The Environmental Protection Agency’s provisional health guidelines for public water supplies only cover PFOS and PFOA, two common types of PFAS. Massachusetts, along with a few other states, has gone further by including six PFAS in their new MCLs in drinking water. But there are thousands of PFAS chemical structures known to exist, several hundred of which have already been detected in the environment.

We’re simply not testing for most PFAS compounds, so we have no idea what our total exposure is to these chemicals and health data associated with such exposures are still lacking.

“We’re simply not testing for most PFAS compounds, so we have no idea what our total exposure is to these chemicals and health data associated with such exposures are still lacking,” said Elsie Sunderland, the Gordon McKay Professor of Environmental Chemistry at SEAS and senior author of the paper.

The new method developed by Sunderland and her team can overcome that barrier and account for all PFAS in a sample.

PFAS are made by combining carbons and fluorine atoms to form one of the strongest bonds in organic chemistry. Fluorine is one of the most abundant elements on earth but naturally occurring organic fluorine is exceedingly rare — produced only by a few poisonous plants in the Amazon and Australia. Therefore, any amount of organofluorine detected in the environment is sure to be human made.

PFAS compounds found in the environment come in two forms: a precursor form and a terminal form. Most of the monitored PFAS compounds, including PFOS and PFOA, are terminal compounds, meaning they will not degrade under normal environmental conditions. But precursor compounds, which often make up the majority of PFAS chemicals in a sample, can be transformed through biological or environmental processes into terminal forms. So, while the EPA or state agencies may monitor PFAS concentrations, they still are not detecting much of the huge pool of PFAS precursors.

That’s where this new method comes in.

The researchers first measure all the organofluorine in a sample. Then, using another technique, they oxidize the precursors in that sample and transform them into their terminal forms, which they can then measure. From there, the team developed a method of statistical analysis to reconstruct the original precursors, fingerprint their manufacturing origin, and measure their concentration within the sample.

Using this method, Sunderland and her team tested six watersheds on Cape Cod as part of a collaboration with the United States Geological Survey and a research center funded by the National Institutes of Health and led by the University of Rhode Island that focuses on the sources, transport, exposure and effects of PFAS.

The team focused on identifying PFAS from the use of fire-retardant foams. These foams, which are used extensively at military bases, civilian airports, and local fire departments, are a major source of PFAS and have contaminated hundreds of public water supplies across the US.

The research team applied their forensic methods to samples collected between August 2017 and July 2019 from the Childs, Quashnet, Mill Creek, Marstons Mills, Mashpee and Santuit watersheds on Cape Cod. During the collection process, the team members had to be careful what they wore, since waterproof gear is treated with PFAS. The team ended up in decades-old waders to prevent contamination.

The sampling sites in the Childs, Quashnet and Mill Creek watersheds are downstream from a source of PFAS from fire retardant foams — the Quashnet and Childs from The Joint Base Cape Cod military facility and Mill Creek from Barnstable County Fire Training Academy.

Using their new method, Sunderland and her team were able to identify 100 percent of all PFAS compounds in the types of fire-retardant foams that were used for decades at Joint Base Cape Cod and Barnstable County Fire Training Academy.

“Our testing method was able to find these missing compounds that have been used by the chemical industry for more than 40 years,” said Sunderland.

This has huge ramifications for not only our understanding of human exposure but also for how much PFAS is discharging into the ocean and accumulating in marine life.

“Our accounting of PFAS from firefighting foams could not explain 37 to 77 percent of the organofluorine that we measured,” said Ruyle. “This has huge ramifications for not only our understanding of human exposure but also for how much PFAS is discharging into the ocean and accumulating in marine life.”

To follow up on these findings, Ruyle is currently working with NIH to identify some of the health impacts of PFAS from contemporary firefighting foams using toxicology studies.  Sunderland’s team is continuing to study the unknown PFAS to better identify their sources and potential for accumulation in abundant marine food webs on Cape Cod. 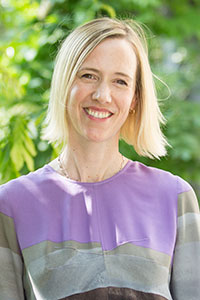