While SOFCs have previously worked at the micro-scale, this is the first time any research group has overcome the structural challenges of scaling the technology up to a practical size with a proportionally higher power output.

Reported online April 3 in Nature Nanotechnology, the demonstration of this fully functional SOFC indicates the potential of electrochemical fuel cells to be a viable source of clean energy.

"The breakthrough in this work is that we have demonstrated power density comparable to what you can get with tiny membranes, but with membranes that are a factor of a hundred or so larger, demonstrating that the technology is scalable," says principal investigator Shriram Ramanathan, Associate Professor of Materials Science at SEAS.

SOFCs create electrical energy via an electrochemical reaction that takes place across an ultra-thin membrane. This 100-nanometer membrane, comprising the electrolyte and electrodes, has to be thin enough to allow ions to pass through it at a relatively low temperature (which, for ceramic fuel cells, lies in the range of 300 to 500 degrees Celsius). These low temperatures allow for a quick start-up, a more compact design, and less use of rare-earth materials.

So far, however, thin films have been successfully implemented only in micro-SOFCs, where each chip in the fuel cell wafer is about 100 microns wide. For practical applications, such as use in compact power sources, SOFCs need to be about 50 times wider.

The electrochemical membranes are so thin that creating one on that scale is roughly equivalent to making a 16-foot-wide sheet of paper. Naturally, the structural issues are significant.

"If you make a conventional thin membrane on that scale without a support structure, you can't do anything—it will just break," says co-author Bo-Kuai Lai, a postdoctoral fellow at SEAS. "You make the membrane in the lab, but you can't even take it out. It will just shatter."

With lead author Masaru Tsuchiya (Ph.D. '09), a former member of Ramanathan's lab who is now at SiEnergy, Ramanathan and Lai fortified the thin film membrane using a metallic grid that looks like nanoscale chicken wire. 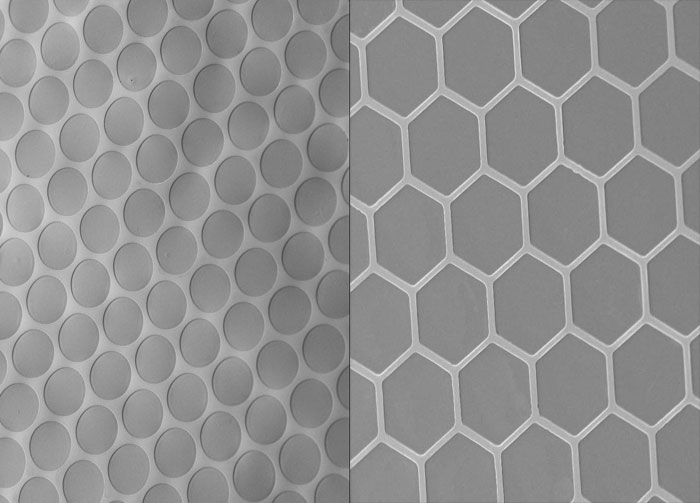 The tiny metal honeycomb provides the critical structural element for the large membrane while also serving as a current collector. Ramanathan's team was able to manufacture membrane chips that were 5 mm wide, combining hundreds of these chips into palm-sized SOFC wafers.

While other researchers' earlier attempts at implementing the metallic grid showed structural success, Ramanathan's team is the first to demonstrate a fully functional SOFC on this scale. Their fuel cell's power density of 155 milliwatts per square centimeter (at 510 degrees Celsius) is comparable to the power density of micro-SOFCs.

When multiplied by the much larger active area of this new fuel cell, that power density translates into an output high enough for relevance to portable power.

Previous work in Ramanathan's lab has developed micro-SOFCs that are all-ceramic or that use methane as the fuel source instead of hydrogen. The researchers hope that future work on SOFCs will incorporate these technologies into the large-scale fuel cells, improving their affordability.

In the coming months, they will explore the design of novel nanostructured anodes for hydrogen-alternative fuels that are operable at these low temperatures and work to enhance the microstructural stability of the electrodes.

The research was supported in part by the National Science Foundation (NSF) and performed in part at the Harvard University Center for Nanoscale Systems, a member of the NSF-funded National Nanotechnology Infrastructure Network. 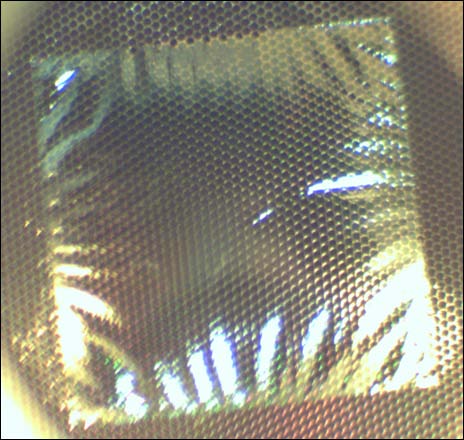 The electrochemical membrane, showing the texture of the metallic grid on its surface. Stabilizing the membrane with this grid has allowed materials scientists at Harvard to successfully scale the technology up to a practical scale, enabling clean-energy applications. Photo courtesy of Shriram Ramanathan.