3D-printed graft developed by researchers at SEAS, Harvard’s Wyss Institute, and Mass Eye and Ear to be commercialized by Desktop Health, following the startup’s acquisition

Advanced through a six-year effort in Harvard University’s translational research environment, a biomimetic hearing-restoration technology invented by a multidisciplinary research team at the Harvard John A. Paulson School of Engineering and Applied Sciences (SEAS), Harvard’s Wyss Institute for Biologically Inspired Engineering, and Massachusetts Eye and Ear (MEE), has taken an important step closer to patients.

The PhonoGraft device is a 3D-printed, biocompatible graft that could be implanted to repair a damaged eardrum. If its clinical development is successful, the PhonoGraft technology could mitigate the pain, drainage, and hearing loss associated with ear drum perforations that affect millions of individuals worldwide.

The technology is now entering commercial development. Driven to make their innovations available to patients, entrepreneurial members of the research team launched a startup company, Beacon Bio, with an exclusive license from Harvard’s Office of Technology Development (OTD) to commercialize the PhonoGraft innovations co-owned by Harvard and Mass General Brigham. Beacon Bio was acquired this summer by California-based Desktop Health, a healthcare business within Desktop Metal Inc. that focuses on new 3D printing and biofabrication solutions for personalized medicine. Nicole Black, a former SEAS graduate student, who was CEO of Beacon Bio, will continue to lead the platform as Vice President of Biomaterials and Innovation at Desktop Health.

“I am absolutely thrilled to have Beacon Bio become a part of the Desktop Health team, and to see these innovations advance so far from their earliest days in the lab,” said Black, who is a co-inventor of the PhonoGraft technology and spearheaded its development at Harvard and MEE. “The general support, manufacturing expertise, and regulatory expertise of an established company will be key to bringing the PhonoGraft platform to patients and to developing a regenerative medicine platform around the technology.”

Black was initially a doctoral student at SEAS, studying materials science and bioengineering in the lab of Jennifer A. Lewis, the Hansjörg Wyss Professor of Biologically Inspired Engineering at SEAS and a Core Faculty member at the Wyss Institute. In developing the technology, the Lewis Lab teamed up with two surgeons at MEE: Aaron Remenschneider and Elliott Kozin. Going forward, Lewis, Remenschneider, and Kozin will participate in the scientific advisory board of Desktop Health.

The eardrum, or tympanic membrane, is a thin membrane evolved to conduct sound in the ear and serves as a protective barrier against invading pathogens. The eardrum can become perforated by blasts, traumatic injuries, and chronic ear infections. Despite the eardrum’s remarkable self-healing powers, many perforations cannot heal by themselves and require reconstructive “tympanoplasty” procedures in which ear surgeons repair the hole with tissue grafts harvested from the patient. Even with modern techniques, surgical failures are common, making revision surgeries necessary. Additionally, patient-derived tissue grafts have imperfect sound-conducting abilities, as their structure does not match that of the normal eardrum.

The researchers at Harvard and MEE designed the PhonoGraft technology to utilize a novel biomaterial-based approach that guides the regeneration of native eardrum tissue. Its 3D-printed structure mimics the structure of a normal eardrum and effectively stimulates the tissue’s self-healing properties, as demonstrated in animal models. The team believes the PhonoGraft material technology – unlike other methods – could potentially enable permanent repair by first closely mimicking and then restoring the eardrum’s sound-conducting mechanical properties and barrier functions.

“As ear surgeons, we commonly see patients with perforated eardrums from trauma, chronic infections or blast injury who in many cases need surgical interventions, for which there definitely is room for improvement,” said Remenschneider, an otologist and neurolologist, researcher at MEE, and lecturer at Harvard Medical School (HMS). “In the wake of the Boston Marathon bombing on April 15, 2013, many of the eardrum perforations were cared for at Mass Eye and Ear. It was really a catalyzing event that prompted us to look more systematically at our surgical techniques, grafting material and outcomes, which eventually made us focus on improved eardrum grafting materials to promote better healing and hearing outcomes after eardrum repair.”

“Ear surgery has seen a lot of advances over the last 10 years. An important one has been the development of endoscopic procedures that allow us to treat patients directly through the ear canal, which in many cases avoids skin incisions and drilling behind the ear,” said Kozin, who is an otologist and neurologist at MEE, and Assistant Professor at HMS. “This approach, together with innovations from the Lewis lab, enabled us to imagine, design, and ultimately, manufacture a device that may one day improve the outcomes of eardrum surgeries.”

In 2014, Remenschneider and Kozin read an article in The New Yorker titled “Fugitive Ink,” featuring Lewis and her lab’s 3D printing feats. Soon after, they visited the Lewis lab to give a chalk talk and explore whether her novel 3D printing method could be used to improve ear surgery. Following a discussion around outcomes following ear drum surgery and the lack of suitable grafting materials, the newly formed team of surgeons and engineers set out to create a better functioning, next-generation graft.

“When I learned that the native tympanic membrane is composed of a web-like radial and concentric architecture, I was really excited, as it builds upon earlier work from our lab, in which we first demonstrated printing of 3D spider web-like structures,” said Lewis.

Black, who had just joined the lab as a graduate student, embraced this idea because her goal was to create a new biomedical device to address patient needs.

“Despite this clearly defined problem, the challenges were numerous: we envisioned a device that could enable easier implantation, guide remaining eardrum tissue to remodel and repair the perforation, match the circular and radial structure of the eardrum to allow for efficient conduction of sound, and biodegrade to reduce the risk of biofilm formation that can otherwise result on permanent devices,” said Black.

A fruitful collaboration between Black and Lewis working at SEAS and the Wyss Institute, alongside Remenschneider and Kozin at MEE, started to take shape with that clear and ambitious goal in mind: an implantable device to enable full reconstruction of the native eardrum in vivo, for which the team later coined the name “PhonoGraft.”

Reinventing wheels and spokes with biomimicry

In the eardrum, nature has evolved an intricately shaped and highly functional sound-conducting tissue. Its natural “wheels and spokes” pattern, first identified in early scanning electron micrographic images, enables it to vibrate in response to sound waves across the wide frequency spectrum perceived by humans, and to thus transmit sound to the tiny bones, known as the auditory ossicles.

“To create a truly regenerative graft that mimics the circular and radial collagen pattern of the tympanic membrane, which guides the migration of cells as they deposit new collagen fibers in the same pattern, while simultaneously matching the acoustic and mechanical properties of native tympanic membranes, was a grand challenge,” said Lewis. “These grafts must be 3D printed to truly recapitulate these complex features and functionality.”

Black started to drill down into the problem by printing devices with off-the-shelf materials such as silicone. While those 3D-printed structures resembled the eardrum, they did not exhibit the ideal combination of easily implantable, cell-supporting, sound-conducting, and biodegradable properties. “It soon became clear that we had to invent a new ‘ink’ for soft tissue repair. We were aiming for a biodegradable, programmable ink that could be used to control the structure of a graft across multiple length scales, ultimately enabling the production of a regenerative graft with the sound-conducting structure of the native eardrum,” said Black. “To achieve this goal, we developed a synthetic polymer-based ink system that could be aligned during 3D printing,” she added.

The researchers first investigated the acoustic and mechanical properties of their second-generation printed grafts by comparing them in a series of laboratory tests to cadaveric tympanic membranes. Encouraged by the results, they then implanted iterations of the PhonoGraft device into the eardrum of a chinchilla animal model. The chinchilla’s ear is very similar to that of a human ear in terms of its eardrum size and hearing range, making it a good in vivo model for Remenschneider and Kozin’s research into middle ear reconstruction.

“Three months after implanting our optimized graft into the chinchilla’s ear, we had a genuine eureka moment. The hearing tests indicated full restoration of sound conduction, which has been a big hurdle. Then we took our first peek down the ear canal with the endoscope,” said Remenschneider. “What we were seeing was merely the ghost of our graft that was being replaced with new tissue – a beautifully reconstructed eardrum with its radial-circular pattern.” The different cell types of the tympanic membrane and a vascular system for blood support had aligned along the patterned polymer fibers and integrated into a functional tissue. Also, no signs of infection were visible in the reconstructed eardrum.

The team determined that forming a startup company would be the most effective way to bring their device to patients and the market, and the future Beacon Bio became their entrepreneurial North star. Harvard OTD provided coaching and guidance on the business model and executed an intellectual property strategy to support it.

While in Longwood, the PhonoGraft team grew even more multi-faceted. Nicholas Traugutt, joined the team as a Postdoctoral Research Fellow to guide polymer development, Sophia Smith, as a Research Assistant to lead material characterization, and Moritz Mond, as a Research Fellow in mechanical engineering to tune the 3D-printed design of the PhonoGraft device. Patrick Holmes became part of the team’s MEE contingent as the lead in vivo Research Assistant. Finally, Mischa Jurkiewicz, who became connected to the team through the Activate (now Nucleate Bio) Program during his time at Harvard Business School, provided additional input into the team’s business development strategy.

To keep up their momentum, especially as the COVID-19 pandemic was taking hold, the founders of Beacon Bio joined the Harvard Innovation lab (i-Lab), which provides support to fledgling entrepreneurs of early-stage life science or biotech ventures, in the form of fundraising advice, market research, VC connections, and educational workshops. Beacon Bio was named the $25,000 winner for the Health & Life Sciences Track in the 2021 Harvard President’s Innovation Challenge, held annually by the i-Lab to reward promising translational initiatives that push the boundaries of their fields. In addition, the team participated in the MassMEDIC IGNITE MedTech accelerator program, gaining valuable insight into the medical device industry through targeted mentorship and workshops. Their participation in the IGNITE program culminated in winning a runner-up prize at the 2021 MD&M BIOMEDigital virtual pitch competition.

While the startup team was about to complete its path to independence, Desktop Metal expressed interest in Lewis’ lab and work – which led to an introduction to Beacon Bio. The license now granted to Desktop Metal by Harvard OTD, as a consequence of the startup’s acquisition, includes access to intellectual property covering certain 3D printing inks as well as artificial tympanic membrane devices. Together with Black, Lewis, Kozin, and Remenschneider, seven other researchers from Harvard SEAS, the Wyss Institute, and MEE had contributed as inventors, reflecting the collaborative effort from the earliest days of the project.

Now, Black and the members of the Beacon Bio team who have joined Desktop Health are focused on obtaining FDA clearance for the PhonoGraft device so that it can reach patients. 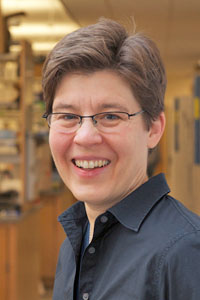 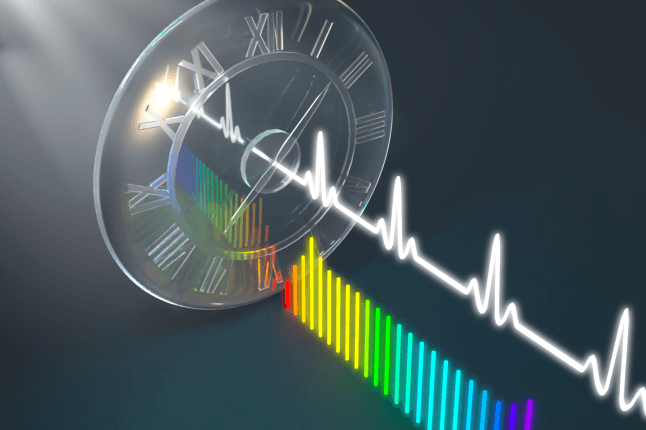